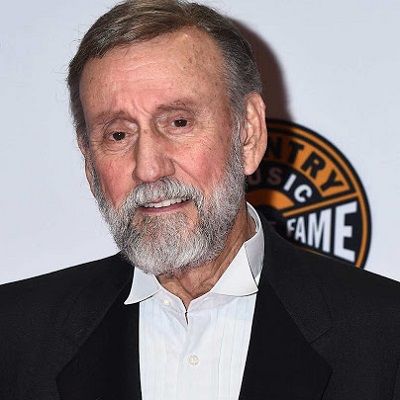 Ray Stevens is a married man. His wife’s name is Penny Ragsdale. For quite some time, he’s kept his family life a secret.

Till the date, he has not disclosed any information about the married date and venue.

The couple is blessed with two daughters, Suzi and Timi.

Who is Ray Stevens?

American Ray Stevens is a Grammy Award-winning pop and country singer and songwriter. Stevens is renowned as the singer and composer of Everything is Beautiful and Misty.

He is also an actor. Last, in 2014, he appeared in the action-comedy, Campin’ Buddies as Rayford.

Currently, he is performing in the events CabaRay 2020.

Ray Stevens was born Harold Ray Ragsdale on the 24th of January 1939 in Clarkdale, Georgia, U.S.

He is the son of Willis Harold Ragsdale and Frances Stephens Ragsdale. They are of British ancestry.

He was enrolled at Georgia State University and studied music. During his University, he formed his first R & B band with the name The Barons.

– The 1970s became a turning point in his career as a musician. During the decade, he contributed the singles like Everything is Beautiful that peaked at the No.1 position in the weekly chart of the Billboard. Also, the single was an instant commercial hit as million of the copies of the singles were sold out.

– In the 1980s, he signed joined the RCA records. Under the label, he released the song, Shriner’s Convention. The song peaked at the No.1 in the U.S Billboard Bubbling and 7 at U.S. Billboard Country Singles. At the same time, he also joined MCA records.

– In the 1990s, he left the MCA records and joined Capitol Records. The label released his All-Time Greatest Comic Hits which became gold album in the mid-decade. Also, millions of his Comedy Video Classics videos were sold through marketing and television ads.

– In the 2000s, he rejoined the Capitol Records and released the album, Osama—Yo’ Mama: The Album that peaked at the position of 29 in the U.S. Billboards Country Chart.

– Moving forward, he started performing in the venue named CabaRay in West Nashville.

Besides music, he is also active in the films as an actor and composer. Some of his movies as an actor include Campin’ Buddies, Crash Landing: The Rescue of Flight 232, and Home at Last.

Also, some of his movies where he contributed soundtracks include Razzle Dazzle: A Journey Into Dance, Tohuwabohu, and Beverly Hills, 90210.

For more than 5 decades, he has contributed himself to the field of music. In between, he has made a hasty net worth of $20 million. It also includes his home, Belle Meade that he brought in 2016 paying $2.85 million.

Moving ahead in 2017, he featured in the magazine, People with Money as the highest-paid singer in the world.

Also, he earns through his performance. Besides that, through his YouTube channel, he makes $3.9k – $62.7k yearly.

Some online sources also revealed he also earns through his investments.

On the 2nd of March 2020, two powerful tornadoes with a speed of 175 mph unleashed a series of destruction in central Tennessee. In the event, many lost their homes and at least 24 people lost their life.

Currently, the country singer appeared in the FOX news and is trying to help the government to rebuild the community. For that, he is raising the donation funds with the Country Music Community.

Till the date, the singer has not been through controversy and legal cases that make a buzz in the media.