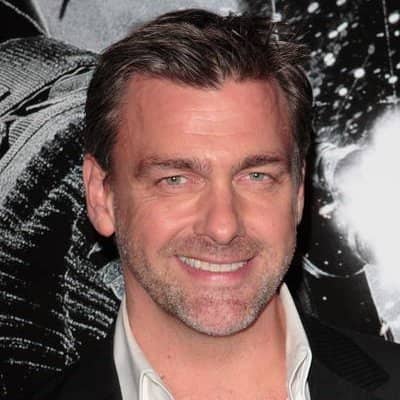 It is a tough business but if you get yourself in a situation like I, you can maintain a career over many years. That, to me, is a successful actor

Working at night helps people focus in on this crazy little bubble you've created, wherever you are filming. It doesn't matter where the location is, the world doesn't exist outside this bubble. And everyone is trapped inside.

Ray Stevenson’s relationship status at present is divorced but is dating. He since 2005 is with Italian anthropologist Elisabetta Caraccia.

This couple together is blessed with two children. Their sons are Sebastiano Derek Stevenson (b. Dec 2007) and Leonardo George Stevenson (b. April 2011).

However, as per some sources, they are the parents of three sons. But the details of their third kid is not revealed.

Ray exchanged vows with Ruth Gemmell who is an actress in Nov 1997. They enjoyed their conjugal life for eight years and divorced in 2005.

Who is Ray Stevenson?

Ray Stevenson is a popular British actor. He is popular for his acting skills in City Central, Thor: The Dark World, The Three Musketeers, and more.

His movie RRR where he is playing the role of Scott is currently filming.

His birthdate is 25 May 1964 and he was born in Lisburn, Northern Ireland, UK as George Raymond Stevenson. The name of his mother and his father is not revealed.

Ray’s ancestry is Irish-English and has one older brother plus a younger brother.

Regarding his academics, he graduated from Bristol Old Vic Theatre School in 1993.

Ray Stevenson is a popular face of the entertainment world who has appeared in several TV plus movies.

By the reports of 2021, he has accumulated a net worth of around $8 million US. The annual salary from his acting journey is still to be calculated.

This The Three Musketeers famed actor is keeping himself away from rumors and desperate scandals.

Ray Stevenson’s height is 6 ft 3 inches and his body weight is 84 kg. Moreover, his eyes are blue and his hair is in light brown color.