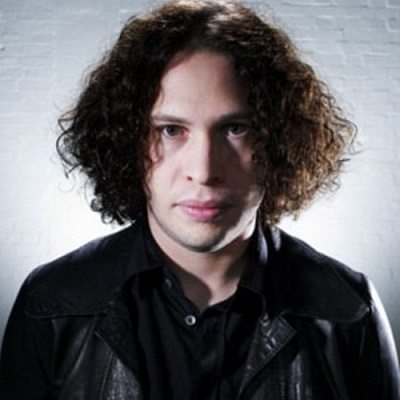 Ray Toro is married to Christa Toro. The wedding took place in November 2008. At the time, his band, My Chemical Romance was in a break. Being a private person, he has never shared any details about the wedding to the public.

Also, Ray is a protective father as well. He is the father of two children with his wife, Christa. They welcome their son on the 16th of November 2012.

Later, on the 6th of April 2015, they were blessed with a daughter. As of now, the couple has never name and revealed the face of their children to the media.

Who is Ray Toro?

American Ray Toro is a vocalist and guitarist. He is renowned as the lead guitarist of the American Rock band, My Chemical Romance.

In 2019, the band announced their upcoming date musical tours for 2020 in the countries like Australia, Japan, New Zealand. However, all the dates were postponed to 2021 due to the COVID-19 pandemic.

Ray Toro was born as Raymond Toro on the 15th of July 1977 in Kearny, New Jersey in a working-class family. He is of Spanish ethnicity with Puerto Rican-Portuguese roots.

Till the date, he has not shared any details on his mother and father. He grew along with his two brothers. One of them is name is Louis Toro.

Since the neighbor that they live was not safe due to crimes such as murder and drugs. His mother prefers them to stay in the home. Inspired by his elder brother, he started to learn guitar. Later, he also joined the guitar classes too.

Talking about his educational background, he attended the Keamy High School in New Jersey. In 1995, he graduated from the High School. During the high school days, he used to play for the various local bands. One of them even includes The Rodneys too.

After graduating, he joined William Paterson University in Wayne and got enrolled in a video editing course. However, his destiny called him to be a music artist. In the meantime, he was even involved as a drummer for the band, Dead on West.

Ray Toro first came into the spotlight when he joined the band My Chemical Romance, founded by singer and songwriter, Gerard Way and Drummer, Matt Pelissier. He joined the band as a guitarist.

On the 23rd of July 2002, the band released the first album I Brought You My Bullets, You Brought Me Your Love with 11 tracks. The album peaked at the 129th position in the US album chart. Also, it received gold certification by BPI.

After that in 2003, the band signed with the Reprise record and released the second Studio album the Three Cheers for Sweet Revenge. The album was commercially successful and picked at 28th position in the US billboards.

Moving forward in 2006 the band released its third Studio album the Black Parade. The album became one of the biggest hits of the band. Also, it album debuted at the 2nd position in the US Billboard list too. After that, he was compared to the Queen guitarist Brian May.

In 2010, the launched their fourth studio album, Danger Days. The album received Gold certifications by RIAA and BIA.

In 2011, he led the #SINGItForJapan project for the brand. The project was dedicated to supporting the people affected by the 2011 Tōhoku earthquake and tsunami in Japan.

After that, in 2012, the band started working for their next project, Conventional Weapons. Later, on the 22nd of March 2013, the band was officially deformed before the album was finished.

Like other members, he started pursuing a solo career. Meantime, he was associated with the band, Reggie and the Full Effect. Also, he accompanied the band’s musical tour in 2013.

Later, on the 16th of November 2016, he released his first debuted album, Remember the Laughter. However, the audience could find the magical sparks like the previous albums.

In the following year, the band, My Chemical Romance was reunited in the public eye. Also, they announced the reunion show that took on the 31st of October 2019 in Los Angeles.

Moving forwards, on the 28th of January 2020, he along with his band members announced their three concerts in June 2020 at Milton Keynes. The shows are postponed till June 2021 due to the COVID Pandemic.

Apart from that, his musical tours are the major source of his income.

Till the date, he has managed to maintain dignity as a music artist. As of now, he has not been involved in any sort of controversy that created a buzz in the media.

Also, he has remained far from any type of controversy related to him.

Ray Toro has black eyes with black hair. His height is 6 feet 1 inch and weighs around 72 kg.