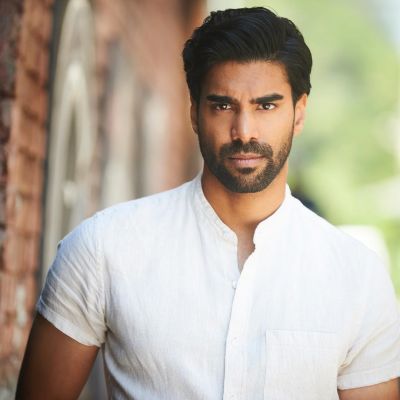 Raymond Ablack is possibly single. He hasn’t yet introduced anyone as his girlfriend or lover in the media.

In the further days, if he revealed anything about his love life then we will definitely update it.

Who is Raymond Ablack?

Raymond Ablack is an actor, producer, and comedian from Canada. He is best known for his role as “Sav Bhandari” in the teen drama television series Degrassi: The Next Generation.

Presently, he is starring in the recurring role of Nate on the Netflix series, Maid.

Raymond was born on the 12th of November 1989 in Toronto, Ontario. According to his birth date, he is 31 years old. His Sun sign is Scorpio.

He is the oldest child of his Indo-Guyanese parents. However, he hasn’t yet disclosed his parent’s identity. He has three younger siblings two sisters named Cassandra Ablack and Rebecca Ablack and two brothers a brother named Jared Ablack.

His sister, Rebecca is also an actress by profession. Further, he holds Canadian nationality and belongs to Indo-Guyanese descent.

Talking about his academic background, he went to Ryerson University in Toronto from where he graduated with a Bachelor of Arts degree in Radio and Television, Media Production, with a minor in English.

Then, he studied Stand up Comedy and Improvisation at The Second City in Toronto. He also completed a 4-year arts specialty diploma in choral music at Cardinal Carter Academy for the Arts.

Raymond started his acting career as a child actor. He performed as Young Simba in The Lion King at the Princess of Wales Theatre in 2001. He also appeared in numerous television commercials and advertisements.

In 2007, he got a career break when he was cast in the recurring role of Sav Bhandari on the long-running Canadian television series Degrassi: The Next Generation. In the series, he starred in more than 100 episodes from 2007 until 2011. Between the years, he guest-starred in series like Life With Derek (2009), Degrassi Goes Hollywood (2009), Degrassi Takes Manhattan (2010), and How to Be Indie (2011).

His other notable television series is,

Raymond stays miles away from such rumors and controversies that create headlines in the media. To date, he has managed to maintain a clean profile.

Raymond might have accumulated a decent amount of wealth throughout his career. However, he hasn’t yet disclosed his exact net worth, salary, and other earnings in the media.

The actor has an impressive height of 6 feet. His weight is about 75 kg. Likewise, he has a dark brown pair of eyes and his hair color is black.