WWE wrestler Raymond Rowe is married to his fellow wrestler. 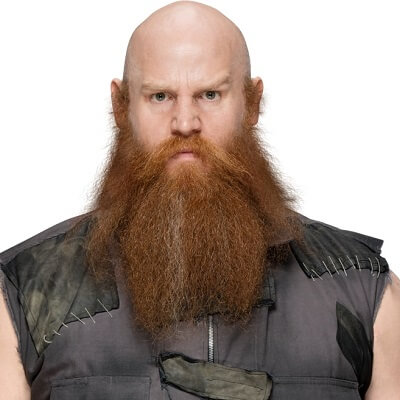 Raymond Rowe is currently married to a fellow WWE wrestler named Sarah Logan. The couple met as wrestlers in WWE. After dating for some time, they exchanged wedding vows on December 21st, 2018 in Ohio in a Viking theme.

It was attended by other wrestlers including Riott Squad, Hanson, Jessamyn Duke, Shayna Baszler, and Tegan Nox who dressed in Viking costumes for the ceremony.

On July 6, 2020, the couple announced on Instagram that they were expecting their first child together.

Who is Raymond Rowe?

Raymond Rowe is an American professional wrestler. Although he is best known for his work in ‘Ring of Honor’ as the one-half of ‘War Machine in ROH.’ He is currently signed to WWE where he is half of ‘The Viking Raiders’.

Raymond Rowe was born on August 21, 1984, in Cleveland, Ohio, United States. As of 2020, his age is 35. Other than his birthplace and date, he has not revealed anything about his childhood and family background. There is no information about his parents and siblings.

Rowe spent his childhood days in Cleveland and his ethnicity is Caucasian.

Ten years after making his debut on the independent circuit in May 2003, he got his breakthrough by entering the ‘Ring of Honor’ in 2013. He made his debut on June 1, 2013, against Bobby Fish which he lost. Following his first defeat, he returned to ROH on January 4, 2014, and emerged victorious against Kongo.

On April 4, 2014, he formed a tag team with Hanson called War Machine. On August 22, 2015, they defeated Killer Elite Squad in a non-title match. Similarly, in December of the same year, the duo defeated The Kingdom and won the title of the ROH World Tag Team Championship.

However, they were unable to remain champions for long as they lost the title to The Addiction on May 9, 2016.

From 2015-2018, the duo fought in the Japanese Championships. WWE announced on January 16, 2018, that Rowe had signed a contract with the company. Both he and his partner, Hanson appeared in NXT as the War Raiders and eventually won the NXT Tag Team Championships.

Soon, the duo entered Raw with a new name, ‘The Viking Raiders’. On October 14, 2019, they won the Raw Tag Team championships but eventually lost to Seth Rollins and Buddy Murphy.

Rowe stands at a height of around 6 feet 1 inch and weighs approximately 112 kg. He has brown hair and a pair of brown eyes.

In August, Rowe became seriously injured. He was involved in a motorcycle accident and was out of action for several months hampering his wrestling career.

You may also like to read the Bio, Career, Net Worth, Relationships, and more about Paige (wrestler), Enzo Amore, Michelle McCool, and more.