Artist Raza Jaffrey is married and a father of one. 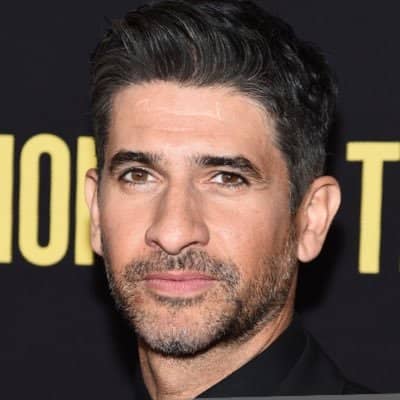 I think fidelity is absolutely important, especially in the acting industry, which is littered with broken relationships because people are away filming for months

Everyone thinks with Smash (2012) because it looks glossy and big, they think they're spending a fortune, and they think it's taking weeks to shoot

One of the things I miss most about the U.K. is political TV, and I have one of those little gadgets, which means I can download British programs illegally - that's why it's a guilty pleasure.

Raza Jaffrey is married. He exchanged vows on 27 Dec 2014 with Lara Pulver. His wife is also an English actress.

This couple has one child together. Their son Ozias Jaffrey was born in Feb 2017.

Raza was previously married to Miranda Raison. They were married in 2007 but divorced each other in 2009.

Who is Raza Jaffrey?

Raza Jaffrey is a British actor and singer. He was Neal Hudson in the series Code Black which made him a notable person.

Also, he is known for Spooks and Homeland. At present, he is one of the main leads in the show Lost in Space.

He was born on 28 May 1975 in Liverpool, United Kingdom. The names of his father and mother are Hyder Jaffrey and Joan Bradshaw respectively.

Raza belongs of Asian-English descent as his dad is from India and his mother is from the UK.

Regarding academics, he has attended Dulwich College from 1986 till 1991. Then he enrolled at Manchester University and studied English plus Drama.

Raza Jaffrey is an amazing actor. He first entered the screen world in 1999 with a TV show Eastenders. There he played the character of Mr. Datani. He was den seen in Casualty in 2000.

Raza is also a talented singer. During his early days, he was associated with a funk band. At present, he often does concerts with the Royal Philharmonic Orchestra and the BBC Concert Orchestra.

Regarding Raza Jaffrey’s body features, his height is 6 ft and his body weight is 75 kg. Looking at his pictures, the color of his eyes is brown and his hair is in black color.

Raza is available on other social sites. His Instagram has over 12k followers and his Twitter has around 16.5k followers.