Pro MMA fighter Razor Rob is a father of two. 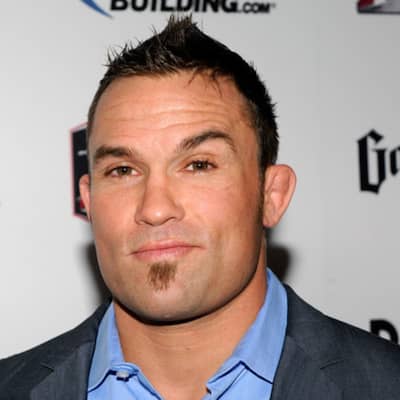 Razor Rob as per the sources was married. His ex-wife’s name is Kristina McCullough but their wedding details are unknown.

From this wedding, they have two children. Their first son was born in March 2010 and after four years they welcomed their second son.

However, Razor and Kristina are no longer together and he is possibly single at present.

Who is Razor Rob?

Razor Rob is an American Muay Thai kickboxer and mixed martial artist who is now retired. He is known for his fighting styles and competed for promotions like the WEC, Bellator, and DREAM.

Moreover, he is also associated with the World Fighting Alliance, the Palace Fighting Championship, and King of the Cage.

He was born Robert Alexander McCullough IV on 26 May 1977 in Huntington Beach, California, United States. The name of his father and his mother is not disclosed.

Razor’s ancestry is Irish-Mexican and about academics, he has kept the details hidden.

Razor Rob is now retired from his MMA and kickboxing career. His last match was with Shinya Aoki at DREAM 17 in 2011. Unfortunately, he lost it.

During his career in Martial arts, he won a total of 19 matches and lost 8 matches out of 27 fights. He won 11 by knockout, 2 by submission, and 6 by decision. His opponents were Kit Cope, Jamie Varner, Kenneth Alexander, and more.

While Razor was fighting with Marcus Hicks, he injured his right hand and ankle. He underwent surgery and return to the ring in 2009. His kickboxing history is impressive as he won 10 matches and lost only one match.

At present, he has accumulated an estimated net worth of around $500k US. Also, his salary from his writing career is not yet disclosed.

But he owns an apparel company named Razor Clothing. Some of the top martial artist’s financial worth is,

This martial art star is keeping himself away from rumors plus scandals at present.

Regarding Razor Rob’s body features, his height is 5 ft 8 inches and his body weight is 70 kg. He has dark brown eyes and hair.