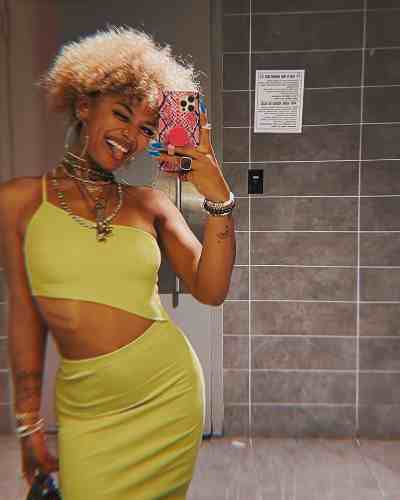 The R&B singer Kayja Rose has followed in the footsteps of her late biological father Dino Conner. Dino was the lead singer of the R&B group ‘H-Town’.

In January 2003, Conner died in a car accident along with his then-girlfriend. Rose’s mother Jessica Rogan reported having an affair with Joe Rogan before the death of her former husband.

Who is Joe Rogan?

Joe Rogan is an American comedian, sports commentator, podcaster, and martial artist. He is also a UFC commentator and a host of Fear Factor.

Presently, he runs a podcast named The Joe Rogan Experience, launched back in 2009. He has featured a number of notable personalities on his podcast including Edward Snowden, Bernie Sanders, Lance Armstrong, Mike Tyson, Elon Musk, Jack Dorsey, Kanye West, Post Malone, and more.

Rogan has signed a whopping $100 million deal with Spotify that will allow the music platform to stream his podcasts exclusively.

The podcast host Joe Rogan started dating Kayja’s mother Jessica back in 2001. After eight years of courtship, the couple walked down the aisle in 2009.

He also adopted Rose and Rose took her stepfather’s last name. However, she is better recognized as Kayja Rose. Before Rose meets Joe, she was raised by a single mother.

Although Joe is a stepfather of Rose, he considers her as his elder daughter and loves her dearly as his own. They have a good bond between them. Joe also admired her music career and proved himself as a good father.

What is the Net Worth of Kayja Rose?

Kayja established herself as a successful musical artist. As of 2022, she has an estimated net worth of around $100 thousand.

She is presently living a lavish and luxurious lifestyle. Rose resides in a $4.9 million mansion bought by her step-father Joe back in 2018. Her mother, Jessica has a net worth of $3 million as of 2022.

Talking about her foster father’s income, Joe has a net worth of almost $100 million. His salary is estimated to have around $30 million.

Also read “Jessica Rogan is married to Comedian Husband Joe Rogan, All about the comedian’s wife and kids”

Kayja is an American singer and songwriter. She is best known as the step-daughter of the popular comedian, podcast host, and mixed martial arts Joe Rogan. The birth date of Rose is August 23, 1996, in Atlanta, Georgia.

She is the biological daughter of later singer Dino Connor (father) and Jessica Rogan (mother). Rose holds an American nationality and belongs to African-American ancestry.

Kayja is more active on Soundcloud and Spotify. In 2017, she released her first EP titled Tipsy. Her recent project titled ‘Breathless Over You’ was released in 2021.

Also read “These 10 Famous Hollywood Celebrities You Did Not Know Were Adopted!”