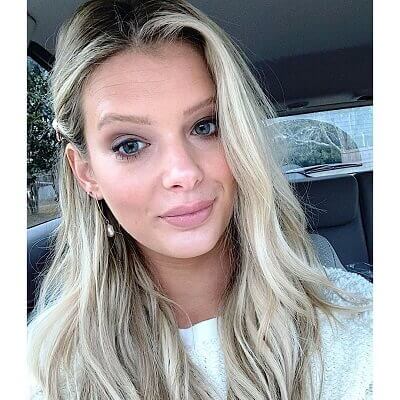 Reagan Agee is currently in a relationship. She is dating a guy named Tom Boardman. Not much is known about Tom except the fact that he has been dating Agee.

They have now been dating for over a year. The first time they were seen together was on Tom’s Instagram post in August 2018. Reagan posted their picture a month later, in September 2018. Since then, they have been seen together on different occasions together and also have vacationed together several times. They aren’t married to each other and she usually calls her ‘daddy’ on her.captions.

She used to date American football player, Taylor Lewan in 2015.

Who is Reagan Agee?

Reagan Agee was born on September 17, 1990, in Nashville, Tennessee. As of 2020, her age is 29. Her mother’s name is Cynthia Agee. She is very close to her mother and calls her ‘best friend’. There is no information about her father. She also has a brother named Matt. Reagan spent her childhood days in Florence, Alabama with her family.

Talking about her education, she went to Central High School from where she graduated in 2009. Following that, she attended the University of North Alabama.

Raegan used to be a hairstylist. She then met Kristin Cavallari which would change her life and eventually feature her in a reality TV show.

She had not originally planned to be a TV star as a small-town girl living in Alabama. However, life took her on an unexpected journey. She landed the role of assistant to Kristin Cavallari and worked in her jewelry line, Uncommon James. She then featured in the reality TV series, Very Cavallari.

The series, which premiered on July 8, 2018, follows Kristen and her life with her husband, Jay Cutler as she launched her flagship store for her own jewelry line, Uncommon James.

Reagan’s charming and funny personality was loved by the viewers. On August 23, 2018, the show was announced for a  second season. She featured in the second season, too. Unfortunately, she was fired and did not appear in the third season.

Her appearance in the show had already increased her popularity and she now has tens of thousands of followers on Instagram and now she is working as a social media personality. She recently promoted Modera Buckhead and Sculpthouse.

Was Reagan fired from Very Cavallari?

According to Kristin Cavallari, yes she was fired from the show and her store. The reason, however, remains unknown so far. She was Kristen’s assistant and featured in the first two seasons of the show. But, she was not in the third season. Agee was the one who first revealed that she would not be appearing in the third season with an Instagram post. She posted a selfie of herself and captioned:

“Here’s a pic of my face because you won’t be seeing it tonight on @verycavallari #bummer #deckthehallswithballs #stayhumbleandkind #pleasestillfollowme #hashtag.”

It was later confirmed by Kristin herself in the very first episode of season 3 that she was fired from the show.

As of 2020, Reagan Agee has an estimated net worth of around $100k-$1 million. There is no information about her salary. On average, an American reality TV star makes around $45k a year.

You may also like to read the Age, Bio, Net Worth, Career, Relationships, Social Media, and more about Kristin Cavallari, Jay Cutler, Alyssa Miller, and more.