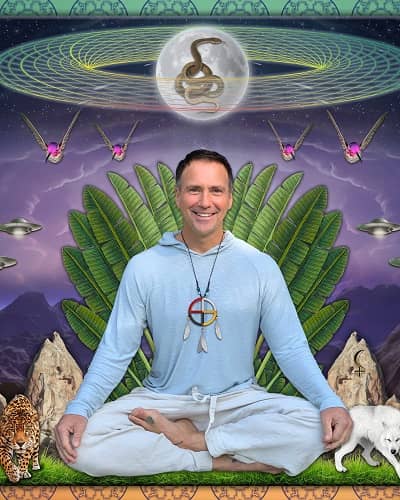 Eric Nies is not with the cast of Real World Homecoming: New York. On 4th March 2021, Real World: Homecoming premiered, and the reunion of the cast without Eric was held. But he popped on the video screen in the living room.

He asked the co-stars,

“Guess what I have?”

He revealed that he tested positive for the Covid-19. But he is doing well and revealed,

“I’m OK. I can feel something in my body, like, moving in my body. I don’t have a temperature. My vitals are stable.”

The other cast members were not happy with Eric’s absence as they were hoping to meet him. It was difficult for him to not be at the reunion but was necessary to stay isolated. The last time they were all together was in the year 1993.

Nies claimed that they were not physically far away and added,

“I’m in a hotel somewhere downtown. I love you guys! You all look so beautiful.”

All of the cast-members followed proper Covid-19 guidelines as they tested before gathering. Everyone was safe and they had quarantined separately in their own rooms in different hotels. That is how they were able to mask off and enjoy with one another.

Also read Actress Rosario Dawson denies claims of her handyman, Dedrek Finley, that she and her family harassed him for his transgender nature!

Eric Nies after The Real World

Eric Nies is now a health and well facilitator. His transformation has surprised his former roommates when they filmed the reunion. Likewise, he was on probation and did community service while he filmed the show. He was arrested for possession of steroids. He revealed,

“My life is filled with angels and demons and everything in between. When I watched [TheReal World] for the first time, and I’m sitting there with my family and my friends and I’m observing myself, I didn’t particularly like all of the things that I saw. So, it was my first spiritual experience of observing myself and really taking a hard look at myself.”

Also read Ego Nwodim is engaged! All about the Ego-Bowen’s SNL showmance, age of Ego, net worth, social media, biography

How much is the net worth of Eric Nies?

Eric Nies has an estimated net worth of $1.5 million as per Celebrity Net Worth. As an actor, he has worked in Grand Strand, The Brandy Bunch Movie, Above the Rim, and Days of Our Lives.

His TV appearance includes in Baywatch: The Documentary, Entertainment Tonight, Confessional of a Teen Idol, The Morning Show with Mike & Juliet, Celebrity Paranormal Project, The Challenge, Real Hot, I Love the ’90s, Dance Fever, E! True Hollywood Story, The Road to Reality and many more.

Who is Michael Boxleitner? Know about his philanthropy, parents, net worth, biography
Tags : Actor The Real World Homecoming: New York