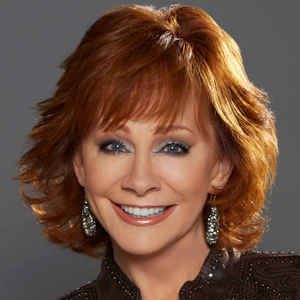 To succeed in life, you need three things: a wishbone, a backbone, and a funny bone

For me, singing sad songs often has a way of healing a situation. It gets the hurt out in the open into the light, out of the darkness

Being a strong woman is very important to me. But doing it all on my own is not.

What is the relationship of Reba McEntire?

Reba McEntire is dating an American film and television actor Rex Linn. The couple is having an affair since March 2020.

Reba and her boyfriend Rex met for the first time in 1991 while working in the movie, The Gambler Returns: The Luck of the Draw.

She got married to Narvel Blackstock on June 3, 1989, with whom she has a son namely, Shelby Steven McEntire Blackstock.

But the marriage didn’t go well and they decided to divorced on October 28, 2015.

Who is Reba McEntire?

McEntire is also a businesswoman. Her TV show Reba is an American sitcom airing on The WB.

In 1991, while touring her band members Those of us died in a plane crash.

Reba was born Reba Nell McEntire in Kiowa, Oklahoma, the United States on March 28, 1955. She is the daughter of Clark Vincent McEntire, father, and Jacqueline McEntire, mother.

Her father was a World Champion Steer Roper three times. Whereas, her mother wanted to be a music artist but eventually, she decided to become a schoolteacher.

She has two siblings namely Pake, and Susie. She belongs of American nationality and mix (English- Scots- Irish- German).

During her childhood, she loved playing basketball.

Her grandfather, John Wesley McEntire was a calf roper and steer roping champion, in 1934.

Reba started her career for Mercury on January 22, 1976, which was her first debut “I Don’t Want to Be a One Night Stand” which failed to become a major hit on the Billboard country music chart.

Her eight-studio album ‘My Kind of Country, ‘How Blue, and ‘Somebody Should Leave’ which was country singles chart.

Similarly, she brought out the album ‘Whoever’s in New England’ which was her number-one album.

In contrast, her hit album ‘It’s Your Call’ (1992). Likewise, in 1994, her album came out ‘Read My Mind’ and addressed the issues of AIDS in the lyrics of ‘She Thinks His Name Was John.

Therefore, she played a single mother in ‘Reba Hart’. Likewise, ‘Reba’ (2001- 2007) was extremely successful in over 30 countries worldwide.

Reba is one of the highest-paid female singers. Her net worth is around $95 million as of 2022. Her show, Reba collected over $28 million worldwide.

The apartment which is residing near Cumberland River is worth $2 Million. It has a tennis court and a swimming pool.

In talking about her lifetime achievements and awards, she won two times for Best Female Country Vocal Performance for ‘Whoever in New England’ (1987).

Similarly, she won the British Country Music Awards for International Female Vocalists from 1999 to 2000.

There was a rumor that she addressed the ‘Reba’ sitcom to reboot.

Currently, there are no desperate rumors and controversies regarding her personal and professional life.

Talking about her body measurements, Reba has a height of 5 feet 6 inches.

In addition, she has red hair color and blue eyes color. Similarly, her shoe size is 7.5 (US) and her dress size is 8 (US).