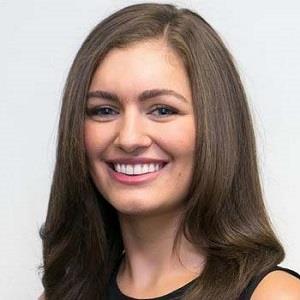 Rebecca Berg’s past affairs and boyfriends are not known. She has not been married in her career. She doesn’t have any children from any of her relationships.

She is currently in a relationship with Brendan Buck. Brendan is a graduate of ‘University of Georgia’ and is a Chief Communications Advisor based in Washington D.C.

They have been dating for some time now and neither of them has discussed the future of this relationship.

Although not confirmed by any of them, people have speculated they will tie the knot soon in the coming future. Pictures of Rebecca with Brendan has been quite popular over the internet.

Who is Rebecca Berg?

Rebecca Berg is an American journalist who works as the national political reporter for RealClear Politics.

She is also an analyst for CNN. She previously worked for BuzzFeed as a political correspondent.

Berg was born in San Diego, USA and her birth date is not known. She belongs to the North American ethnic background.

Her family background is missing as she doesn’t want to share her personal information.

A native of San Diego, California, she attended the University of Missouri and got a bachelor’s degree from there in Political Science in the year 2011.

She wanted to be a writer since her early years.

Initially working as an intern at ‘St. Louis Post-Dispatch’ and the ‘New Yorker’, it took some time for her to start her career as a journalist.

She also worked as an intern for ‘New York Magazine’ on Online Editorial Internship for five months which ended in 2012.

Rebecca’s professional career as a journalist began when she started working at ‘The New York Times’ as a Political Reporting Fellow. She began her career in June 2012.

Her career in ‘RealClear Politics’ began in April 2015.

Rebecca Berg: Salary and Net Worth

Rebecca was involved in some controversies over her comment about Donald Trump during Trump’s presidential campaigns.

She has not been involved in any other controversies in her career.

She has a good height of 5 feet 7 inches. She has brown hair color and her eye color is blue. There is no information about her body weight, shoe size, and dress size.

Rebecca Berg is in relation with her Longtime Boyfriend Brendan Buck! Are they Planning on Getting Married? Find out all about her Life!

Ahum! New Couple Altert in the media. Rebecca Berg is dating someone, Find out who is her boyfriend here