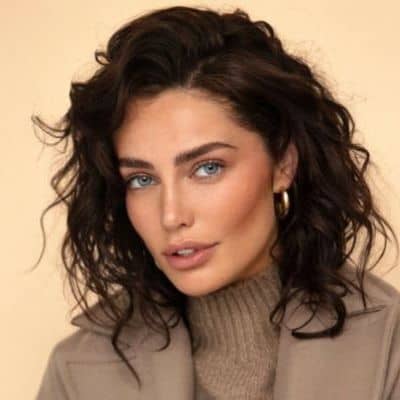 Who has Rebecca Donaldson currently broken up with?

Currently, Rebecca Donaldson is single. She is taking the limelight after the news of her break-up with her ex, Scott Disick, came out on June 8, 2022, within a short-lived romance.

The duo are rumored to be dating since April 2022, after they were spotted together in Malibu on April 5, 2022.

The couple appeared to make their new relationship official during the premiere of The Kardashians. At the red carpet event, the duo was seen holding hands and even posing together.

But, unfortunately, within 2 months of dating, they ended their relationship. The last time they were seen together was in Miami, Florida when they were soaking up the sun.

However, the reason behind their separation has still been kept locked by both of them as they have not passed any statements regarding it. According to a source, it was Rebecca Donaldson who decided to end their love life.

Apart from this, she has never shared any details about her past relationships and boyfriends.

Who is Rebecca Donaldson?

Currently, she has been floating in the headlines since the news of her break-up with her ex, Scott Disick, came out within a short-lived romance.

The Social Media Star was born in London, England, the United Kingdom in 1995. As of 2022, Rebecca Donaldson is 27 years old and holds British nationality. Her precise date of birth is not available at the moment.

According to the sources, it is known that she was raised in different countries including, Perth, Central Scotland, and Glasgow.

She was born to her parents who are of mixed ethnicity though, their detailed identification has not been disclosed. Her father is a businessman while her mother is a housewife, who looks after the house.

Similarly, she has a brother named, Keir Donaldson who was discovered through the model’s Instagram.

There is no insightful info on her educational life as well.

During her college days, she participated in beauty pageant shows. After earning her graduate degree, Rebecca Donaldson began working as a freelance model.

Later, the beautiful model signed a modeling contract with M±P MODELS. As a model, she has been featured in various brand campaign shoots too.

Besides modeling, she is the founder of a fashion brand called, M U S E Activewear, as per her bio on her official Instagram account.

In an interview, Donaldson explains that MUSE is a company that offers a varied collection of comfortable gym wear targetting ambitious, inspired women. Donaldson herself modeled for her company too.

Apart from this, the talented model stole the attention of viewers and media after getting spotted with Scott Disick, in Malibu on April 5, 2022. Many people suspected that they are dating each other the suspect came out true.

The net worth of Rebecca Donaldson is estimated to be approximately $1.5 million.

As per the sources, the earning sources of this beautiful model are her modeling projects and paid collaborations. Donaldson also makes money from her commercials and brand campaign shoots.

Currently, Rebecca Donaldson has been floating in the headlines since the news of her break-up with her ex, Scott Disick, came out within a short-lived romance.

This owner of M U S E Activewear has a slim and well-maintained body. Being a model, she is body-conscious and has a healthy dieting schedule.

Rebecca Donaldson stands at the height of 5 feet 7 inches and weighs around 55 Kg.

Moreover, She has a pair of blue eyes and her hair is dark brown in color. But, She keeps dyeing her hair in different colors.

On June 7, 2022, she posted a picture where she is seen enjoying herself along with her friend, in Positano, Costa D’amalfi, Italy.