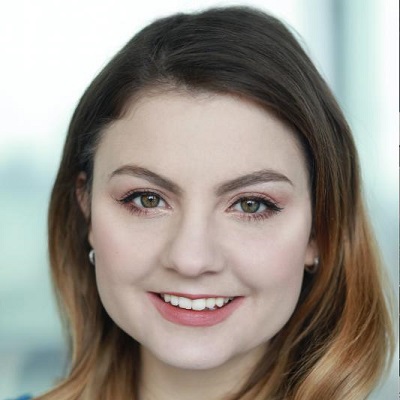 Rebecca Felagte is in a relationship with Danny Burke for the last three and a half years. They met on 13th March 2016 and started dating. According to Instagram, Danny calls her with a nickname, hooterface.

Who is Rebecca Felgate?

British Youtuber Rebbeca Felgate is a famous blogger and Instagram influencer, who runs her self titled youtube channel. She is also the host of MostAmazingTop10 and LifesBiggestQuestions on youtube and even writes for Toronto Guardian.

Rebecca was born on January 7, 1989, in England. She now lives in Toronto, Canada (since 2015) with her family. Her birth name is Rebecca Jane Felgate. Her mother and sister call her by her nickname Beck Beck Bundle. She is British by nationality.

She went to Goldsmiths, University of London for drama degree and also attended News Associates. She played as Juliet at the Cambridge theater stage during her school days.

Rebecca first joined youtube on June 27, 2013. She uploaded her first video named Gin in a tin REVIEW| The ultimate Gin review from two British experts in 2015. Some of her most viewed videos are Finding  SLYTHERIN MINIONS in Hogwarts Mystery, Sociopaths in Harry Potter, HARRY POTTER ZOOM Challenge and many others. She is also the founder of officialtheater.com and used to have a weekly radio shows on Shoreditch Radio.

She is 5 feet and 3 inches tall and weighs around 55 kg. She has brown light hair color and hazel eye color.

You may also know about net worth, career and body measurements of Zolee Griggs, Lindaisher, Rachel Hollis.