Rebecca Gayheart is a fashion model and actress. 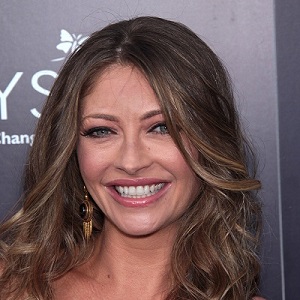 When I get a brand new bag, I wear it for months and months

I love being married more than anyone. It's what I always wanted. I found the person who's perfect for me, and we have a great time and a great partnership.

What is the relationship of Rebecca Gayheart?

The couple has two children together named Billie Beatrice Dane and Georgia Dane.Gayheart filed for divorce from Dane after 14 years of marriage in February 2018.

Previously, Rebecca was in a long-term relationship with director Brett Ratner. They were engaged from 1995 to 2004.

Who is Rebecca Gayheart?

Rebecca Gayheart is an American fashion model and television and film actress. She is best known for her portrayal of Bess Martinn in the TV series Earth 2 (1994-1995).

She is also popular for playing the character Clair Armstrong in the TV movie series Vanishing Son. Rebecca is famous for her nickname The Noxzema girl.

Gayheart was born on 12 August 1971, in Hazard, Kentucky, USA.  Her parents are Curtis Gayheart and Floneva Slone.

Her mother worked at Mary Kay as an independent beauty consultant and her father worked as a miner and coal-truck driver.

She is an American by nationality and she is of English, Scottish, German, and Irish ethnicity.

She moved to New York City at the age of 15, where she completed her education at New York’s Professional Children’s School. Gayheart also attended the Lee Strasberg Institute. She was crowned Miss Centralian in high school in 1987.

Rebecca Gayheart began her career appearing in a student short film Whatever Happened to Mason Reese? in 1990. She later gained notice as a spokesperson and model for Noxzema in the early 1990s. She had minor roles in Nothing to Lose and Scream 2 (1997).

Rebecca rose to fame after appearing in the films Urban Legend (1998) and Jawbreaker (1999). She also had roles in the television series Dead Like Me, Vanished, and Nip/Tuck.

She is also famous as the Noxzema girl because she appeared in many commercials for Noxzema’s facial products. Her last film appearances are The Cleaner (2009) and G.B.F. (2013).

Rebecca Gayheart: Net worth and Salary

She has a net worth of 5 million dollars. But her salary and other incomes are not revealed as of 2022.

Rebecca became a part of a controversy in 2001 due to a nude video.

On August 17, 2009, a nude video was posted on the website gawker.com that showed former Miss Teen USA contestant Kari Ann Peniche with Gayheart and her husband Eric Dane.

In 2001, she hit a boy named Jorge Cruz, Jr. while she was driving a vehicle.  The following day, he died of serious injuries. After that, she was sentenced to three years of probation, a one-year suspension of her license, a $2,800 fine, and 750 hours of community service.

Rebecca Gayheart has a height of 5 feet 7 inches (1.7m) with a bodyweight of 56 kg. Her hair color is dyed blonde and her eye color is blue.