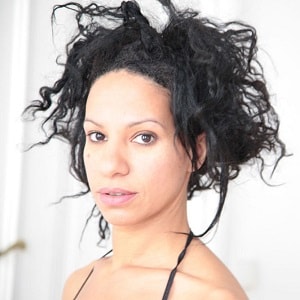 I am half white and half black

My parents met here in Los Angeles. My mom was visiting and according to the story, sat in my dads favorite booth at his favorite restaurant…and the rest is history

Be willing to pay your dues in any profession. I see a lot of people who are very eager for success but go about it all wrong. I would say gaining respect from your peers will really take you far in any career.

Rebecca Jefferson is a married woman. She has been married to her boyfriend, Lance Gross since May 23, 2015. Her husband is an American actor, photographer, and model. The couple engaged in March 2010 and exchanged the wedding vows in a private ceremony with close family members and friends.

Who is Rebecca Jefferson?

Rebecca Jefferson is a famous American model and wardrobe stylist. She is also widely recognized for being the girlfriend of Lance Gross who is a model, photographer, and an actor.

She was born on July 16, 1985, in Los Angeles, California, USA. She is currently 34 years old and her birth sign is Cancer. He father’s name is Herbert Jefferson and he is a veteran actor and SCi-Fi icon. Information regarding her mother and sibling is missing.

She grew up with her father and inspired to become as great as him one day.

Rebecca holds American citizenship but her ethnicity is unknown.

She attended Loyola Marymount University and achieved a degree in Psychology from there.

After graduation, she worked as a Behavior Therapist specializing in recently diagnosed children with Autism. She began her modeling career by working under the celebs stylists Rob Zangardi and Mariel Haenn. Later, Rebecca made her big break when she signed up for a reality show called Bridget’s Sexiest Beaches.

Moreover, Rebecca Jefferson collected a lot of experience and moved on to making her own name with renowned clients like Pinkett Smith, Kerry Washington, Will, and even Rihanna. Likewise, Jefferson wishes to be more involved in different areas of the fashion industry and also wants to engage in designing in her later days.

It seems Rebecca has not been awarded and nominated for her work till date.

As per her husband’s net worth, it is recorded at around $1.5 million.

Rebecca Jefferson has hazel eyes and dark brown hair. Also, she has an average height with matching body weight. But, her exact height, weight, shoe size, dress size, etc. are not available.