Rebecca King Crews is an American Singer-Songwriter, Actress/TV Personality/Mogul. Rebecca is married to her boyfriend Terry Crews and five children. 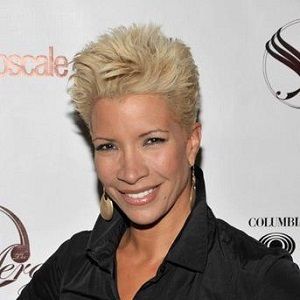 Rebecca King Crews is a happily married woman. Rebeca’s husband’s name is Terry Crews. They have been married since 29 July 1990. Terry is an Actor and former American football player.

While at Western Michigan, she met and married her husband, actor Terry Crews, an art, and football major, while serving as the Music director of her local church. Terry walked into service on Wednesday night, and the rest, as they say, is history.

Rebecca Crews is also the Grandmother of Miley Crews from her daughter, Naomi Burton.

Who is Rebecca King Crews?

Rebecca King Crews is an Actress, Singer(Gospel Singer), Songwriter, and Musician. Apart from that, she is also a wife and a mother.

Rebecca is the Executive Producer of her own hit Reality Series “the Family Crews”, airing on BET Networks Domestically and MTV International Worldwide.

She was recently asked to direct the independent, soon to be released, featured film “Tucht” written by Alex Molina and produced in conjunction with ASAOPE Films, New York.

Talking about her early life Rebecca was born on December 24, 1965. Her ethnicity is All-American.

She experienced her childhood in Benton Harbor, Michigan, United States, and raised in Gary, Indiana, where she started attending various Schools.

Rebecca graduated from Lew Wallace High School at the top of her class and was crowned miss Gary 1984 during her senior year.

While she was in her senior year, she has voted Miss Gary and crowned in1984.

Regarding her education, She went on to study Musical theater at Western Michigan University and performed regionally with various productions, plays, and musical acts.

Throughout High School and College, Rebecca appeared in various musical theater productions, The Wiz, Oklahoma, Pippin, The Music Man, Evita, and others.

Rebecca King Crews is the Executive Producer of her own hit reality series “The Family Crew”. She briefly acted in a reality show about her lives, premiered on BET.

However, In 2011 the show finished with no explanation.ON July 8, 2015, Rebecca released her debut single “ Can I Stay”, the song serves as a dedication to “The Lord”.

She will release her upcoming album “secular, inspirational” very soon.

Rebecca has earned her worth through her acting career in films and televisions which add up her current Net worth of $20 million.

Talking about the rumors and controversy, during an interview with S2S Magazine, Rebecca Crews stated that she considered divorce from her husband Terry. She describes herself as “angry and hurtful” to her husband.

She disclosed that she and Terry were ninety days without having sex, which later helped get closer than ever. And it was just a rumor. Rebecca and Terry have a beautiful marriage relationship together.

Moving towards her body measurement, Rebecca King Crews has a good height of 5 feet 8 inches.

She has blonde hair and her eyes are black. There is no information about her body weight, shoe size, dress size is unknown.