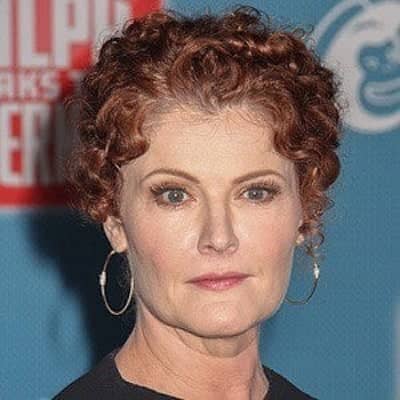 Her husband is a theatrical lighting designer and they started dating in 2013. Then in early Jan of 2015, this couple got engaged in the romantic city of Paris.

Rebecca Wisocky is an American actress, dancer, and model. She was featured in Devious Maids, Heathers, Ghosts, The Metalist, etc.

Her soon-to-be-released film Blonde is under the post-production stage.

Her birthdate is 12 Nov 1971 and she was born in York, Pennsylvania, USA. The name of her mother is Sally and her father is Ronald.

Further, Rebecca’s ancestry is a mix of Polish, German, English, Austrian, and Slovak descent. As for her academics, she first went to the Pennsylvania Governor’s School for the Arts then the New York University‘s Experimental Theatre Wing.

Rebecca Wisocky has appeared in several screen projects. She has done TV, movies, as well as stages. Her journey was started in 1995 and is still active in the entertainment industry.

Her hit TV shows are:

Some of her notable films are,

Similarly, her stage performances can be seen in,

By the reports of 2021, she has an estimated net worth of around $1 million. But her per annum salary is not yet calculated.

This Ghosts actress is keeping herself away from scandals as well as rumors.

Rebecca Wisocky’s height is 5 ft 8 inches and her body weight is 60 kg. In addition, she has auburn hair and has eyes in blue color.