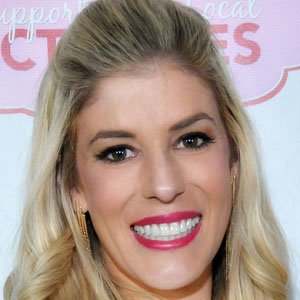 He's going to be the father of your children one day soon. So little Rebecca, always remember that no matter what, you deserve to have a Matt, and you'll one day meet Matt... so don't settle for anything less.

Would you reveal something personal even though it made you vulnerable to the world if you knew it could help others?

Matt Yoakum and Rebecca Zamolo have been married for six years. They were dating for 10 years after getting together in Aug 2002.

After a year of engagement, they married on 17th May 2014. There are no details reported about any pregnancy or children after that.

The Youtuber Rebecca was pregnant with her husband’s baby. Sadly, she suffered a miscarriage 9 weeks into her pregnancy. Amid miscarriage, the couple tried IVF and they were so happy to expect another child. She also shared this news with her mother and sister. Unfortunately, they could not save the baby.

Who is Rebecca Zamolo?

Rebecca Zamolo is a Youtuber, actress, writer, and producer who creates and stars sketch comedy web series like ‘The Flip’ side and ‘The Mumbles teens’.

She is a national title winner in gymnastics. She has also appeared in several commercials.

Rebecca became famous for her improvising skill as a recurring performer on ‘The late show with Craig Ferguson’ in 2010.

Born on 28th September 1984 as Rebecca Lynn Zamolo, she is popularly known as Rebecca Zamolo in the industry. She was born in Martinez, California as a daughter of Paul and Cathy Zamolo.

She grew up in California with brother Michael and sister Jennifer and Monica.

Rebecca was inclined towards sports and Gym training since her early days. She completed her mass communication and sports. She has received a degree in communication and Sports Management from the University of California, Santa Barbara College.

Rebecca Zamolo started early at the age of 9 years. She has won regional as well as a national level title for gymnastics. She moved to Los Angeles for better work opportunities. When she was cheerleading professionally for San Jose Sabercats, she got various TV commercial offers.

She did appear in some of the commercials as well. After she moved to LA, she started creating her own content and did improvised comedy on “The second city“. She then joined a troupe as well. However, she was a regular actor on “The Late Show with Craig Ferguson” in the year 2010. Then her career rose to another level.

She had her videos viral on leading media tabloids. Rebecca was managed by Eric Black Entertainments working for blip TV, Yahoo and funny or die.

Her monthly salary is estimated to be $41,600 and the annual salary is $500,000. Rebecca has earned her earnings from her YouTube channel as well as appearing on TV commercials and shows. Her estimated net worth is $ 3 Million.

Zamolo has not been the topic of any nasty rumors. She has also not been embroiled in any major controversy.

Her mother and sister offered her to be her surrogate mother.

Rebecca Zamolo has a height of 5 feet 5 inches with a weight of 55 kg. Her body stats are 34-24-34 inches. She has blonde hair and light brown eyes.