Posted by MarriedBiography Posted on February 15, 2021 | In Child , Net Worth , Pregnant
Share this

Rebecca Zamolo had a miscarriage is no more pregnant!

She revealed in an emotional video on her YouTube channel posted on 13th February 2021. Rebecca wrote on the video description,

“Rebecca Zamolo reveals her pregnancy miscarriage story and opens up about the truth of her journey trying to become pregnant. This has been difficult to open up about but hopefully my story can help others going through the same situation.”

She suffered a miscarriage nine weeks into her pregnancy. Rebecca and her husband Matt Slays always wanted to have a family that they have been dreaming of forever. The first thing that went wrong on her pregnancy journey was her undergoing colon removal surgery four years ago which made it difficult for her to have children.

They began IVF treatments a year ago in order to get pregnant. In the shared YouTube video, she recalled her IVF process and the fertility journey. When she found out she actually got pregnany she was excieted and didn’t knew what was next. Zamolo found out that it was a chemical pregnancy and she had an early pregnancy loss.

Rebecca and Matt did not lose their hopes and tried another round of IVF. She did an implantation a week after Thanksgiving and found out that she was pregnant again. Her mother and sister had offered to serve as a surrogate to their baby to whom it was a happy news finding her pregnancy. She said,

“The fact that I was able to get pregnant was so exciting, and to know that my body could hold a baby, a human, in it.”

Also read YouTube personality James Charles bumps into another controversy despite giving disclaimer! What’s all about the fake pregnancy?

Unfortunately on the 9th week of ultrasound appointment she did not see a flicker during the scan. She felt that something was wrong. She recalls,

“That moment, it was like it was all done. This whole plan, this whole pregnancy was over. We weren’t even expecting this at this point. Our chances were like less than 6 percent of a miscarriage at this point, and my levels were so strong. We were caught off guard.”

How much is the net worth of Rebecca Zamolo in 2021?

Rebecca Zamolo has a net worth of $10 million as per Celebrity Net Worth. In the year 2020, she bought a mansion in Los Angeles, California which is worth $4.6 million. As an actress, Zamolo has worked in Chicken Girls, JoJo’s Juice, Do Over, The PET Squard Files, Keep It On, Glory Days, Screwed, His & Hers, Minute Motivations, The Flip Side, The Mumblesteens, A Numbers Hame, Make It or Break It, and more.

She has also produced various TV shows and short movies. Likewise, her writing work includes in Keep It On, I’m So Married, BK Comedy Series, The Mumblesteens, and more. Her YouTube channel has 10.2 million subscribers. She has done challenges videos on her channel and has gained millions of views.

Also read Is it a PillowTalk or PillowFight? Mike Lindell claims on Capitol riots! How much is his net worth in 2021?

Rebecca Zamolo is a Youtuber, actress, writer, and producer who creates and stars sketch comedy web series like ‘The Flip’ side and ‘The Mumbles teens’.

She is a national title winner in gymnastics. She has also appeared in several commercials. Rebecca became famous for her improvising skill as a recurring performer on ‘The late show with Craig Ferguson’ in 2010. Read more bio… 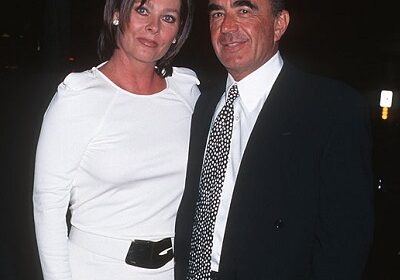