Rebel Rodriguez is a 23-year-old male who has never been in a relationship. He has never used social media, thus there is little information on him.

He is attractive, and perhaps in the future, he will obtain one and make one of their relationships public.

Currently, he may be concentrating on his education or establishing a career in the entertainment sector. 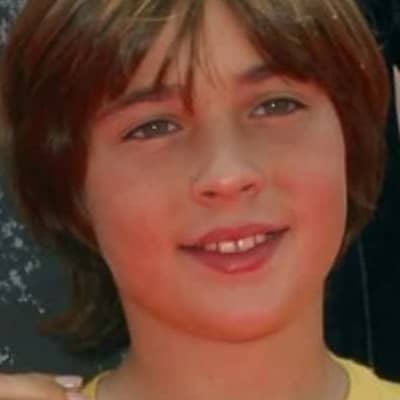 Who is Rebel Rodriguez?

Rebel Rodriguez is a celebrity kid, actor, and composer who was born to director Robert Rodriguez and producer Elizabeth Avellan. He’s also renowned for his roles in Planet Terror, Grindhouse, and Shorts.

Rebel Rodriguez’s most recent project was the 2019 film Red 11. His father, Robert Rodriguez, announced on Twitter that his son has produced the full orchestral score for We Can Be Heroes Part 2 of the Netflix film, which will be released on August 10, 2021. He has not shared about his coming works it is yet to be revealed.

His birth name is Rebel Antonio Rodriguez and was born on the date of 1 April 1999  in Austin, Texas, USA. He was born in Austin, therefore he has American citizenship and is of Mexican American origin, as his father is of Mexican and American ancestry.

He was born to his father name Robert  Rodriguez who was a well-known actor and filmmaker and his mother named Elizabeth Avellan who is a producer.

Rebel Rodriguez is currently in his early twenties so we can assume that he has completed his high school from a prestigious school and college.

Although he has always been in the limelight due to his celebrity parents he has not shared his school and university name with the media.

Rebel Rodriguez has appeared in a number of films and television shows. Despite the fact that he has acted in films, there is little information available. Rebel hasn’t said anything about how and when he became interested in and active in the entertainment industry.

Robert Rodriguez once thought that the scene in which Dr. Dakota Block abandons son Tony in the car with a pistol was so horrific to film that he didn’t want to use anybody else’s children to play Tony, so he used his own son, Rebel Rodriguez, so he wouldn’t feel as bad “killing a child.”

His father Robert shot several sequences with Tony alive all the way to the end of the film, mainly to avoid upsetting him with knowledge of his gruesome death scene.

Some of this is on the DVD, but the only complete edit that includes this film appears to be a private copy of the Rodriguez family’s.

Despite having starred in several films and television programs, he has yet to be recognized and awarded. Perhaps in the near future, he will achieve popularity as his father and ascend to the top. Later, when he rises to the top, he will share his fame with the entire media and public.

Some of his films and television series he has acted in are:

Rebel Rodriguez’s total net worth is $1 million as of 2022, all of which stems from his acting profession. He has also been in a number of blockbuster films. His principal source of income is through his many films and television programs.

However, because his parents are celebrities, his father’s total net worth, including his job and property, is $60 million. As he is still in his early twenties, nothing is known about his property and pay.

Rebel Rodriguez is still in his early twenties, which explains why he has avoided rumors and controversies. In terms of controversies, his parents are not involved in any unfavorable reports or scandals. Rebel has always avoided social media, which makes it impossible to tell what he is currently working on.

Rebel Rodriguez has not revealed any of his physique measurements to the public, including his weight, height, hips, waist, and biceps size. These

details are currently being reviewed. However, based on his looks, he has a fair complexion, light brown hair, and gorgeous brown eyes.

Rebel Rodriguez is not on any social media platforms because he dislikes being in the spotlight and bragging in his own space. As a result, he has always avoided Facebook, Instagram, and Twitter.

His father, on the other hand, always keeps his son up to speed on his profession via his own Twitter account since he adores and supports him.