Ree Drummond is an American author, blogger, and food writer. She resides on a ranch in Oklahoma and is married with four kids.

Ree Drummond is a married woman. She married Ladd Drummond on September 21, 1996. At present, they reside on a remote cattle ranch around Pawhuska, Oklahoma.

They have four children from the marriage, Alex, Paige, Bryce, and Todd. She and her husband are the 23rd-largest landowners in the country. 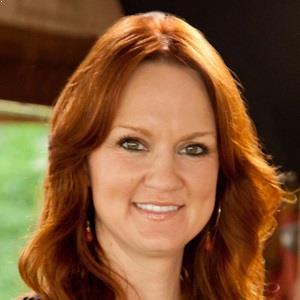 I'm working on a second cookbook and am working on my love story, 'Black Heels to Tractor Wheels

Oats are great - you can make meatloaf and use oats instead of bread as the binder, or you can make oatmeal cookies, my husband's favorite

Who is Ree Drummond?

Ree Drummond is an American food writer, author, and blogger.

Additionally, she is also a chef, photographer, and television personality. Currently, she appears in her own television program, ‘The Pioneer Woman’.

Drummond was born in Bartlesville on January 6, 1969, to parents William Dale Smith and Gerre Schwert.

Additionally, she has two brothers, Doug and Mike, and a younger sister, Betsy.

Furthermore, she was interested in the world of cooking since her childhood years. She is of American nationality. Her ethnic background is Gaelic.

Talking about her education, Drummond completed her initial education at Bartlesville High School in 1987.

Additionally, she graduated from the University of Southern California in 1991. After studying journalism for a brief amount of time, she switched to gerontology.

Ree Drummond initially started blogging in May 2006. In her blog ‘The Pioneer Woman’, she writes about topics including homeschooling and ranch life.

Her blog has been featured in the Los Angeles Times, The New York Times, and BusinessWeek. Additionally, she also launched TastyKitchen.com which is a free online community website.

Drummond is a successful author. She has written books including ‘The Pioneer Woman Cooks: Recipes from an Accidental Country Girl’, ‘Black Heels to Tractor Wheels’, ‘Charlie the Ranch Dog’, ‘The Pioneer Woman Cooks: Food from My Frontier’ and ‘Charlie and the Christmas Kitty’ among others. Furthermore, she has also appeared in several television shows like ‘The Dr. Oz Show’, ‘Christmas Cookie Challenge’ and ‘The Kitchen’ among others.

Drummond has won several awards throughout her career. She won the Seventh Annual Weblog Awards in 2007. Additionally, she has won 2008 Best Food Weblog, 2009 Weblog of the Year, 2009 Best Photography of a Weblog, and 2010 Best Designed Weblog among others.

Drummond has not revealed her current salary. However, she has an estimated net worth of around $50 million at present.

Ree Drummond became part of a controversy after she was accused of making racist and demeaning jokes during 2017. At present, there are no rumors concerning her life and career.