Digital creator Ree Kid is low-key about his romantic affair. 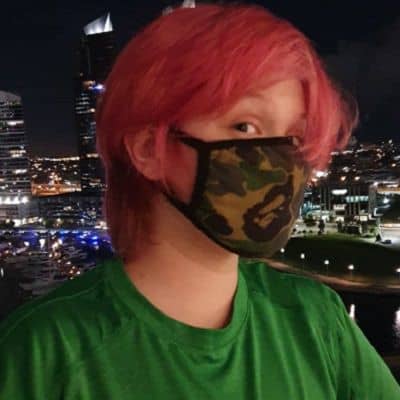 Ree Kid is still at a young age to be in any kind of romantic relationship. The star is now focused on building his internet career.

So his relationship status is single right now.

Who is Ree Kid?

Ree Kid is an Australian social media star. He is a gamer, Gamer, social influencer on Instagram, and streamer on Twitch.

Ree Kid was born on June 15, 2006. His birthplace is in  Perth, Australia, and has Caucasian ancestry. He hasn’t yet revealed his real name. However, he shared that his first name starts with the letter “A”.

Despite being one of the popular social media influencers, his father and mother’s names are unknown. Similarly, he has maintained a low profile about his personal life, and so no information can be collected regarding his childhood, siblings, and education too.

He seems to be a dog lover and has two pet dogs. His new dog’s name is Coma.

Ree Kid is one of the popular streamers on Twitch. And after his popularity on Twitch, he started to upload his gaming videos on his YouTube channel. His ree_kid Twitch account holds more than 110,000 followers.

Likely all of the rest videos are posted in 2020. The most popular video of his channel is, “Clips that made me famous” with more than 2.5M views.

His name isn’t seen in any type of rumors. But he was in the media headlines once when he disclosed that his name starts with the capital A. Bu yet the star hasn’t disclosed his name.

His gaming and social media career must have given him a good amount for himself. His net worth is estimated at $500k.

Besides it, he also earns from his Merchandise line where various clothing items like hoodies, Sweatshirts, Mugs, Shirts, etc. are available.

Ree Kid seems to have straight blonde colored hair. His height is 5 ft 2 inches and his body weight of 45kg.

And he prefers to dye it into different colors. Currently, he has dyed his hair pink and bluish-purple in the past. Similarly, he has a charming face with brown eyes.

Similarly, he has his own YouTube channel with 605K subscribers.

You may also read the bio of other gamers like YourPalRoss, SallyGreenGamer, GamerGirl, and Jesser.

What is Ree kids real name?

His name is probably Antornth or Ant.

What is Ree Kid's net worth?