He is an actor popular for his role in The Lovely Bones.

Reece Ritchie has managed to keep his personal life very secure despite being so popular. He has not revealed anything about his past and present relationships. So, information about his private life cannot be found anywhere. It seems like he is unmarried and single at the current time. 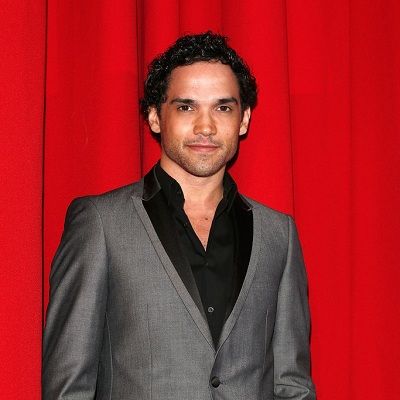 Who is Reece Ritchie?

Reece Ritchie was born in the year 1986 on July 23. She was born in Lowestoft, Suffolk. Talking about his family, he was born to a South African father and an English mother. There are no details about his father and mother. He has a younger sister, Ria Ritchie. Ria is a singer and songwriter. Besides these, there are not many details about his other siblings. Reece is of British nationality. She holds a mixed ethnicity of Afro-South African and English.

Besides these facts, no details about Reece’s childhood are known as he has not disclosed any information.

Reece received his education from Benjamin Britten High School, Lowestoft. Furthermore, other details about his education are not available.

Reece wanted to be an actor since his early childhood. After school, he joined the National Youth Theatre when he was just 15 years old. Luckily, he got an opportunity to perform in the historical drama movie 10,000 BC, in which he did the role of Moha. His performance on stage was loved by the audience. He did an amazing job with commitment and hard work. In his early days in screen acting, he appeared in some episodes of The Bill and Silent Witness.

He also appeared in several plays, including Mother Courage. In 2009, Ritchie played the role of Ray Singh in the movie The Lovely Bones and in 2010, he starred as Puck in A Midsummer Night’s Dream at the Rose Theatre in Kingston. He is commonly known for his role as Bis in his movie Prince of Persia: The Sands of Time (2010). Ritchie starred alongside Dwayne Johnson in the popular movie Hercules (2014) in which he played the role of Hercules’ nephew Iolaus; a story-teller and soldier. Most recently, he was cast for Desert Dancer (2015).  He did amazing jobs in a small period of time in Hollywood since 2007.

Reece Ritchie: Net Worth and Salary

Reece has not revealed any information about his financial status. There are no details on his Net Worth and Salary.

There are no rumors about Reece dating anyone at the moment. But, there were rumors that Reece fell in love many times with beautiful girls as a teenager but he never had the courage to talk to them about his feelings. He was a shy man since his childhood and he never dared to talk to girls openly. But he says he is not a shy man anymore. Once, Reece said, “You cannot be an actor and be shy at the same time, it is just impossible; acting requires a lot of boldness and personality”.

Reece Ritchie has a height of 6 Feet. He has black hair and a dark brown eye. His weight is not known. Besides these, there are no details on his body measurement.

Tags : Actor Hercules Prince of Persia: The Sands of Time The Lovely Bones