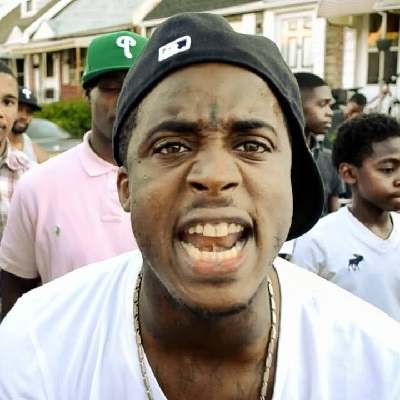 Reed Dollaz is possibly single. To date, he has not introduced anybody as his girlfriend, partner, or lover.

However, he often posts pictures of his son. Despite that, he never mentioned any details of the mother of his son.

Who is Reed Dollaz?

American Reed Dollaz is a rapper. Dollaz is renowned for his rap battles along with the others including rappers like Chess Smack and K Walker.

Reed Dollaz was born on 5th November 1986 in Philadelphia, Pennsylvania. He is of All-American ethnicity. His real name is Fareed Richards.

To date, he has not shared any details on his family background including his mother, father, and siblings. However, he shares a very strong bond with his mother and grandmother. Along with them, he grew up in the Bartram Village projects in Southwest Philadelphia. Details on his academics are not available.

At a very young age, his mentor, Nino Brown discovered him and his talent. Later, Brown put him in his studio and encouraged him to pursue his career in music. When growing up, he enchanted his skills as a rapper with rap battles with the various rappers on the street.

In spite of the various economical pressure, he launched his first musical song, A.A.P. in August 2005. Following that, he released his songs including Dollar Day, Enemy of the State, and Say Cheese, and so on.

However, he earned the limelight as a rapper after posting the singles like They Don’ts Love You No More and Would You Die For It. In the year 2018, he launched his first album, Reedvenge along with 16 tracks. The same year, he launched his other albums; Reedvenge 2 and Reedvenge 3.

His talent as a rapper has been appreciated on various platforms. He has been also nominated for the Best Up and Coming Artist at the Philadelphia Hip-Hop Awards.

Besides that, he also makes through the royalties and sales of his music.

He has hazel eyes with black hair. He stands at a height of 5 feet and 9 inches and weighs around 65 kg.

Talking about his appearance, he has a charming personality with an oval-shaped facial feature. Also, he prefers to have slightly grown facial hair.

To date, he has not been through any sort of controversy and scandals that created headlines in the media. Besides that, he has managed to maintain distance from any sorts of rumors.

Also, he has a self-titled YouTube channel with 293 subscribers with more than 16k views.

You may also read the bio, age, parents, ethnicity, career, net worth, and social media of Matt Cornett, Wes Brown, and Candace Moon.