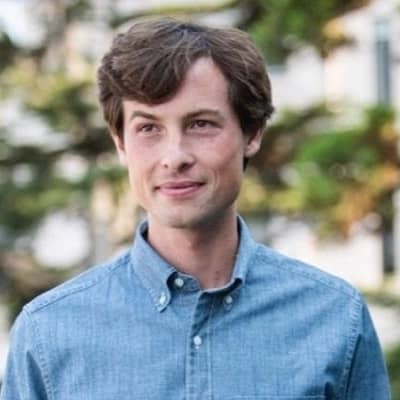 Reed Paul maintains a low profile when it comes to his personal life.

The celebrity kid hasn’t been linked with anyone on a romantic level. Also, he hasn’t talked about anything officially regarding his love life.

And so we can say he is single at the moment.

Who is Reed Paul?

Reed Paul is part of the limelight for being from a celebrity family. He is the only son of the popular American business investor Steve Jobs and Laurene Powell.

Moreover, he works as the Health Director in Emerson Collective as of now.

Reed was born on September 22, 1991. His birthplace is California, USA. He has mixed (Syrian, Swiss, German, Caucasian) descent. His full name is Reed Paul Jobs.

His father Steven was diagnosed with a rare form of pancreatic cancer. He sadly passed away on October 5, 2011.

He has two biological siblings Erin Jobs (born in August 1995) and Eve Jobs (born in 1998). Likewise, he also has a half-sibling, Lisa Brennan Jobs, from his father’s side.

Reed has his schooling from Crystal Springs Upland School in Hillsborough, CA. He then decided to research cancer after he lost his father to this deadly disease.

Further, he has his degree in Medicine from Stanford University.

Reed is working on accelerating cancer research. He hasn’t started his professional career yet.

However, he has the chance to lighten his abilities involving in his mother’s social change activities. He works as the Health Director in Emerson Collective. Reed has been working there for the past five years since September 2015.

Moreover, Paul came to the limelight being from a celebrity family.

Talking about his father, he was the chairman, chief executive officer (CEO), and co-founder of Apple Inc. Moreover, he holds the majority shares of Pixar as well as a member of The Walt Disney Company’s board of directors. Likewise, he was also the founder, chairman, and CEO of NeXT.

And her mother is also an American billionaire heiress. She is also a businesswoman, executive, and the founder of Emerson Collective. Additionally, she is also a major donor to the Democratic Party candidates including Kamala Harris and Joe Biden.

Reed hasn’t engaged in any profession and so his earning information is also not available. Although he must have a lavish lifestyle being from the richest family.

His mother Laurene Powell has a net worth of around $18.9 billion USD as of 2021. Similarly, his father’s net worth was around $7 billion at the time of his demise.

Reed maintains a low profile when it comes to his personal life. And so the celebrity kid hasn’t been part of any such rumors and controversies in the media.

Reed seems to have an average height and weight. Although its measurements are not available.

Likewise, he has brown colored hair and eyes.

You may also read the bio of other celebrity kids like Hazel Moder, Cleo Mae, Penelope Disick, and Chaka Azuri.