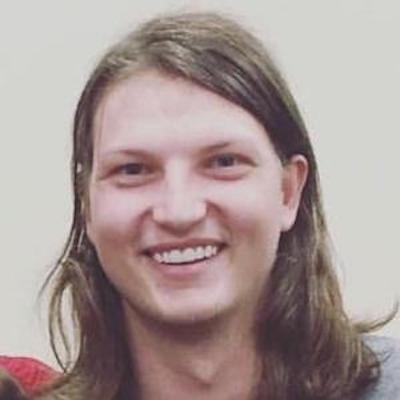 They are together since high school and their wedding ceremony was amazing with a forest theme. The decoration included a floral archway and rustic dessert tables.

The Bride shined wearing a princess-style cap-sleeved gown with a lace bodice and tulle skirt. She put minimal makeup and tied her hair into a chic. Her Groom wore a suit designed by navy The Black Tux.

The Arrival of First Child

Recently, they shared the news of being pregnant and expecting their first child in Nov 2021. They revealed that they will welcome their daughter soon via IG pots.

On 01 June 2021, Reed posted pictures with his wife and the ultrasound photos of their kid.

Who is Reed Robertson?

Reed Robertson an American musical artist and reality star. He has released songs like Ram Pam Pam, Oyes, and more.

Moreover, he is known for appearing in the reality television show Duck Dynasty.

His birthdate is 15 May 1995 and he was born in Louisiana, the USA as Reed Silas Robertson.

The name of his mother is Missy Robertson and his father’s name is Jase Robertson. They both are TV personalities.

Reed’s ancestry is Caucasian and has a brother named Cole. His sister is Mia Robertson.

As per his academics, he attended high school in West Monroe, Louisiana, and graduated from Harding University.

Reed Robertson as a singer is very successful. He has released many EPs via iTunes and his first album came out in 2017.

It was titled The Crimpson Gospel and some of the songs are Washed by the water/nothing but the blood, Sound of the Saints, New again, etc. His other tracks are Write a story, love can stay, Woman, Fades, and more.

As a TV star, Reed was first seen in the reality show Duck Dynasty in 2012 which increases his popularity. He was with the show till 2017 and did 32 episodes.

His net worth is around $100 thousand (estimated) at present. However, his salary and other earnings are unknown.

His dad, Rese who is a business executive plus professional duck hunter has assets worth over $8 million.

This reality artist is keeping himself away from rumors and is also not surrounded by any desperate scandals.

Regarding Reed Robertson’s body features, his height and his body weight are average.

Reed Robertson and Wife Brighton Are Expecting Their First Baby Together!