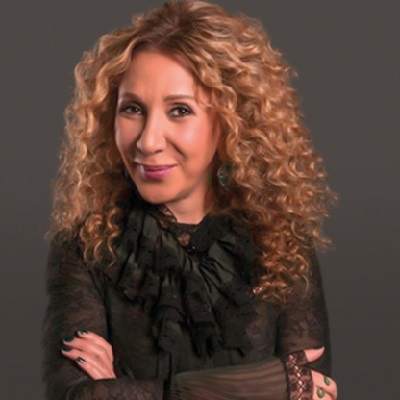 What is the relationship of Reem Acra?

Reem Acra is a happily married woman. Her husband, Dr. Nicolas Tabbal. Nicolas is originally from Lebanon. However, she is currently based in New York.

As of now, she has not shared any details on her wedding which was kept simple and civil. The fashion designer herself wore a ready-to-wear outfit.

Who is Reem Acra?

Reem Acra is a fashion designer and founding member of the Dubai Design and Fashion Council. Acra is renowned for her bridal outfits and ready-to-wear collection.

Last, on the 19th of April 2021, Reem Acra launched her Love and Dreem Collection in Mexico.

Currently, she is a member of the Council of Fashion Designers of America.

Reem Acra’s birthplace is Beirut, Lebanon. Her father, Aftim was a professor and public health expert, and her mother, Nadia ran the family medicine department.

She three siblings, Michael, Fadi, and Sari. They are of Arabic ancestry.

In 1982, she graduated from the American University in Beirut with Honors in Business. During her university days, she was interested in the fashion world.

In the graduation year, she organized a fashion show that attracted 2000 people. Later, she joined the Fashion Institute of Technology and graduated in 1986. After that, she joined the ESMOD design school in Paris.

Graduating from design school, she started her career as a fashion designer. In her early career, she used to design for a company based in Hong Kong and Taiwan.

In the very span of time, she started working for the projects in the chief position. When she was just 25 years old, she handling a project that worth more than $30 million. Despite having a successful career as a designer, she left the job to start her own fashion line.

In the year 1997, she started her own bridal line. Two years after that, she launched her first fashion show. After that, she had never look back. Her name was associated with the celebrities such as Selena Gomez, Angelina Jolie, Robin Wright, Melania Trump, and many more.

In 2007, she released her Reem Acra Bride Barbie doll, especially for adult collectors. Following that, she opened a store in Beirut.  In 2014, she designed the uniform for the American University of Beirut Medical Center.

Recently, she launched her latest Love and Dream Collection- Mexico with the combination of flower, veil, halo, and color tattoos following the spiritual looks.

The fashion designer, Reem has an estimated net worth of $11 million as of 2022. Her net worth includes a 3200 square foot home in Manhattan and a 2,400 square foot apartment in New York City. Besides that, she also owns two houses in Beirut and one in Nashville and New York.

As a fashion designer, her salary is in the range of $68k or above. Apart from that, she also makes her own bridal lines.

He has brown eyes with brunette hair. She has a decent height and weight. Details on her body measurements are not available.

Despite coming from the fashion industry, she has not been part of any sort of controversy that created a buzz in the media.  Also, she has managed to maintain any distance from any kind of rumors.