Reese Witherspoon is an American actress, producer, and entrepreneur. She is active in the entertainment field since 1991 and she is best known for her appearance in the films like Hot Pursuit, Gone Girl, This Means War, Walk the Line, Cruel Intentions, and Legally Blonde. She is married woman.

Reflecting on a personal life of Reese Witherspoon, she is a married woman. She is married to an American Agent Jim Toth on 26 March 2011. The couple is still living in a happy married life and they have been blessed with one son Tennessee James.

Previously, she was married to Ryan Phillippe on 5 June 1999 but their married relationship couldn’t last for long. They eventually got divorced on 13 June 2008. From her first marriage, she has been blessed with two children, Ava Phillippe and Deacon Reese Phillippe. 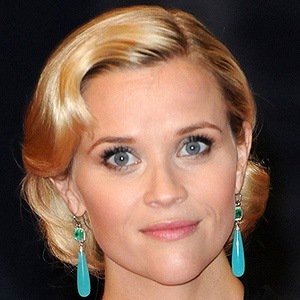 Everybody needs love. Everyone deserves it

Who is Reese Witherspoon?

Reese Witherspoon is an American actress, producer, and entrepreneur. She is active in the entertainment field since 1991 and she is best known for her appearance in the films like Hot Pursuit, Gone Girl, This Means War, Walk the Line, Cruel Intentions, and Legally Blonde.

The daughter of  Dr. John Draper Witherspoon and  Mary Elizabeth was born at Southern Baptist Hospital, New Orleans, Louisiana. She was born on 22 March 1976 and named as Laura Jeanne Reese Witherspoon. She was raised as an Episcopalian with her elder brother John Jr. who is a real estate agent.

She has an American nationality and has mixed ethnicity of English, Dutch, Welsh, Scottish, and Irish. Witherspoon studied at Harpeth Academy and later on went on to study at Harpeth Hall School. She attended Stanford University and enrolled as an English literature major but she quit to make a career in acting.

Talking about career journey of Reese Witherspoon, she is active in the entertainment field since 1991 and she is still active in it. She started her career appearing in 1990 in The Man in the Moon and was nominated for the Young Artist Award for Best Young Actress. Soon thereafter she featured in the television film Wildflower.

In 1992, she showed up in another TV film Desperate Choices: To Save My Child and in the following year on a CBS miniseries Return to Lonesome Dove. In 1996, she featured in two noteworthy films Fear and Freeway. In 1998. she featured in the film adjustment of the novel Election for which she won Best Actress from the National Society of Film Critics and the Online Film Critics Society.

She likewise picked up a Golden Globe and Independent Spirit Award selection. In 2000, she showed up in American Psycho, Little Nicky, and a scene of season six of the TV series Friends.

In 2001, Witherspoon’s career made another top with the component film Legally Blonde for which she won a Golden Globe for Best Actress. Her next component film was Sweet Home Alabama in 2002 which featured performing artists, John Lucas and Patrick Dempsey.

The spin-off of Legally Blonde discharged in 2003 which netted $90 million in the cinematic world and paid her $15 million making her one of Hollywood’s most generously compensated performers. In 2005, she featured in Walk The Line, the film depiction of the life of vocalist and musician Johnny Cash for which she won a few awards including a Golden Globe, Academy Award, and honors from the Screen Actors Guild and BAFTA.

Besides acting, she is also a producer and entrepreneur. She has produced several films including Gone Girl, Legally Blonde 2: Red, White & Blonde, Penelope, Wild, and Hot Pursuit.

She owned a production company called Type A Films. In March 2017, she became the storyteller-in-chief for Elizabeth Arden, Inc. Her success in career path has paid her well financially making her net worth estimated to be $80 million.

She suffered controversy when her first marriage with Ryan Phillippe failed.

Furthermore, also find out more about the early life, career, net worth, relationships, and controversies of actress, producer, and entrepreneur like Yandy Smith, Sarah Michelle Gellar, and Jeremy Rainbird.