Rege is very secretive when it comes to his private love life and keeps his private life out of the spotlight.

In early 2021, sources stated that Rege’s girlfriend is writer and player Emily Brown. Brown Plays for FBB Warriors in South West London and is a supporter of Dulwich Hamlet, a non-league team.

Fans got a public sight of the intimate couple in September 2021 when they attended the 2021 British GQ Men of Year Awards Together, coming hand in hand. However, it is not confirmed if they are still dating. 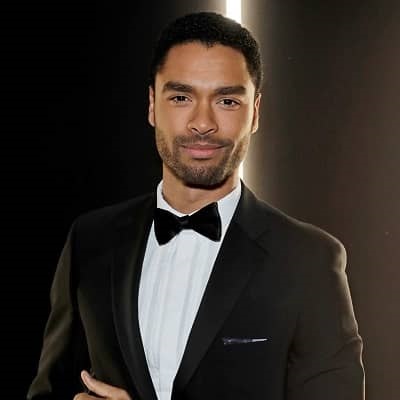 We're still trying to figure out how to let men be vulnerable, to realize there's strength in vulnerability, and that it's how you fill out the circle of masculinity.

Who is Regé-Jean Page?

Regé-Jean Page is an English actor and model. He got media attention for his role in Chicken George for a popular American series named Roots in 2016.

Also, he is an active cast member of the famous ABC series from 2018 to 2019 titled For the People.

Talking about his nationality, he holds a British identity.

He is the son of a Zimbabwean mother who was also a nurse and an English father who was a preacher. He is the third of four children and was in a band with his brother.

Rege did his early schooling in Harare. Later, he returned to London for further studies and started his secondary schooling.

Rege is an English Actor who began his career on stage before playing television roles in series 10 of Waterloo Road(2015), the miniseries Roots (2016), and the ABC legal drama For the People (2018-2019).

He began his career on stage, entering The History Boys and The Merchant of Venice opposite Jonathon Pryce. Also, in 2015, he starred in the final season of the BBC Three drama series Waterloo Road.

Rege made his American debut in 2016 playing the role of Chicken George in the History Channel big-budget miniseries Roots, a remake of the 1977 miniseries with the same name, based on Alex Haley’s 1976 novel, Roots: The Saga of an American Family. Page performance and the series received critical acclaim.

He was cast in the Shonda Rhimes, produced legal drama series For The People, which was released in 2018. Also, the same year, he appeared as Captain Khora a minor character in the post-apocalyptic film Mortal Engines.

Furthermore,  in 2019 he has played Chico a minor character in the drama film Sylvie’s Love(2020).

Being an Actor and Model, he earns a good income from his career. However, his exact income and salary are not disclosed yet.

As per research, his net worth is estimated to be around $1.5million.

Rege is away from controversy throughout his career. He keeps himself away from media attention and doesn’t engage in any drama with the press.

Rege stands tall at a height of 5 feet and 11 inches and weighs around 75kgs. He has Black hair and Black eyes.

He looks smart and has an attractive personality with a beard.

Also, he is active on Facebook where he has over 15k followers.

Rege Jean Page is an actor. He is currently single.

Rege Jean Page is currently single. To date, he has not introduced anybody as his girlfriend or partner.

Currently, there were rumors that is dating the co-actress, Phoebe Dynevor. However, the actor has denied each and every rumor of their link-ups. 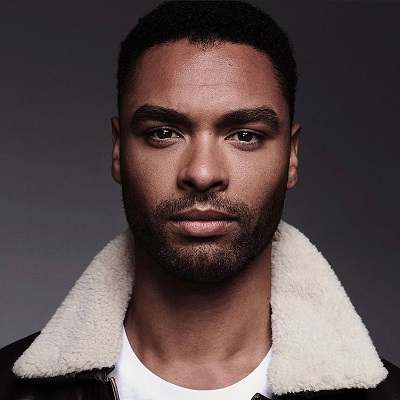 Love is something that is genuine, delicate and involves care, passion and attention, and is entirely different to gifts, balls, jewels and circumstance.

This constant need for dominance and strength, having walls up, this kind of silent broker cowboy who needs to have something that can be redeemed before he is actually worthy of love, there is a missing piece to that strength.

Who is Rege Jean Page?

Rege Jean Page is an actor. Page is renowned as Chicken George of Roots and Chico Sweetney of Sylvie’s Love.

Last, in 2020, he appeared in the movie, Bridgeton as Simon Basset.

Rege Jean Page was born in 1990 in London, United Kingdom. He is of British-Irish ethnicity with Zimbabwean roots.

To date, he has not disclosed the names of his parents. However, his father is British and a preacher by profession. Whereas his mother is originally from Zimbabwe. She is a professional nurse.

He happens to be the second youngest child to his parents. He has three siblings including his younger brother. Along with his brother, Tose he formed a musical duo, TUNYA.

The actor, Page spent his childhood in Harare, Zimbabwe. During an interview, he mentioned that he comes from a wide family. His family is located in South Africa, Sweden Florida, Grenada, and Australia.

Moving to his academics, he completed his primary education in the country. Later, he moved to London and finished his secondary education. After returning to London, he discovered his passion for acting.

To enhance his acting skills, he attended Saturday School where he learned dancing, singing, and acting. Eventually, he also joined the National Youth Theatre.

In the year 2013, he graduated from the Drama Center London.

He started his career as an actor through stage shows. At the time, he made his appearance in movies including The History Boys and The Merchant of Venice.

Later, in 2004, he made his acting debut with the short movie, Troublemaker as Jay. The following year, he made his appearance in the TV series including Casualty, Casualty @ Holby City, and Fresh Meat.

In 2015, he featured the movie, Waterloo Road as Guy Braxton. The series became one of the milestones of his acting career. Some of his other TV series along with the year and the character name are-

Recently, he made his appearance in the TV series, Bridgerton. In the romantic show, Bridgerton, he appeared as a leading character named Simon Basset.

He has black eyes with black hair. He stands at a height of 5 feet and 11 inches and weighs around 76 kg.

Talking about his appearance, the actor has a charming persona with an oval-shaped facial feature. He prefers to have slightly grown facial hair.

Besides that, he has managed to maintain distance from any kind of rumors.