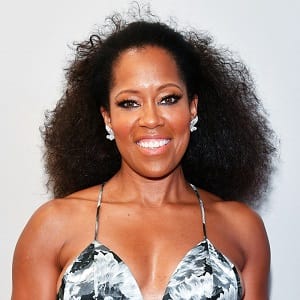 We know that's the bottom line: if money is made, the powers that be pay attention

I've tried to be flexible in my career by doing a little bit of everything and that's worked for me.

It's funny that until I actually met my husband, I never thought I'd get married.

There's a difference between actresses of color and actresses not of color. If you look at how big my movies are.

People love to see themselves on screen in a way that makes sense and seems on point.

Regina King was previously married to Ian Alexander Sr. The pair was together from 23 April 1997 to 2007. They have a son together: Ian Alexander, Jr.

Who is Regina King?

Regina King is an American actress and television director. People mostly know her for her role as Sharon Rivers in the film ‘If Beale Street Could Talk’ for which she won the Academy Award for Best Supporting Actress and the Golden Globe Award for Best Supporting Actress. Additionally, she has also appeared in several other movies and television series including ‘American Crime’, ‘Poetic Justice’, and ‘Legally Blonde 2’ among others.

King was born in Cincinnati, Ohio on January 15, 1971. She was born to parents Gloria, a special education teacher and Thomas King, an electrician. Additionally, she has a younger sister named Reina King who is a former actress. Regina is of American nationality. Furthermore, she belongs to the African-American ethnic background.

Talking about her education, King attended Westchester High School and graduated in 1988. In addition, she also attended the University of Southern California.

King initially began her career in acting after appearing as Brenda Jenkins in the TV series ‘227.’ Additionally, Regina also had the role of Shalika in the 1991 movie ‘Boyz n the Hood.’ In 1993, she appeared in ‘Poetic Justice’ and in 1994, she had roles in ‘Northern Exposure’ and ‘New York Undercover.’ Since then, she has appeared in several other movies and television series. All in all, she has over 50 credits as an actress.

Some other movies and television series that King has appeared in include ‘Seven Seconds’, ‘The Big Bang Theory’, ‘The Adventures of Hooligan Squad in World War III’, ‘American Crime’, ‘The Leftovers’, ‘The Strain’, ‘The Boondocks’, ‘Shameless’, ‘The Gabby Douglas Story’, ‘Divorce: A Love Story’, ‘Southland’, ‘Our Family Wedding’, ‘This Christmas’, ‘Living Proof’, ‘Year of the Dog’, ‘Women in Law’, ‘Miss Congeniality 2: Armed & Fabulous’, ‘A Cinderella Story’, ‘Legally Blonde 2: Red, White & Blonde’, ‘Leap of Faith’, ‘Down to Earth’, ‘Love and Action in Chicago’, ‘Mighty Joe Young’, ‘How Stella Got Her Groove Back’, ‘A Thin Line Between Love and Hate’, ‘Higher Learning’, and ‘Friday’ among others. Furthermore, Regina also has 14 credits as a director.

All in all, she has 56 wins and 54 nominations for various awards to date.

King has not revealed her current salary. However, she has an estimated net worth of around $12 million at present.

King became part of controversy after ‘Captain America’ star Chris Evans’ gesture towards her in this year’s Oscar was termed as fake ally-ship. Other people have commented saying that it was simply an act of chivalry. At present, there are no rumors concerning Regina and her career.