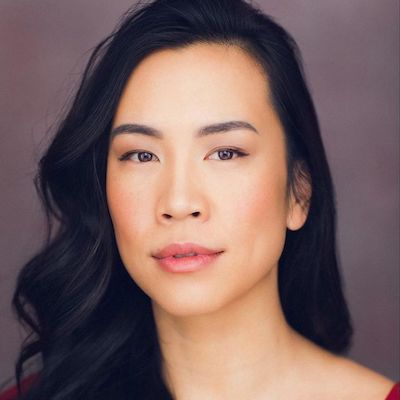 Regina Ting Chen’s relationship status at present is possibly single. She has not shared the details of her affair and boyfriend yet.

Who is Regina Ting Chen?

Regina Ting Chen is an American actress and producer. The public noticed her acting on Queen of the South (2016), Watchmen (2019), and more.

Regina’s upcoming project titled The Conjuring: The Devil Made Me Do It (2021) is completed and is about to release.

Moreover, she is also an artist and posts her art works on her social account.

She was born in Honolulu, Hawaii but her birthdate is unknown. The name of her mother and her father’s name is also unknown.

Regina’s ancestry is Asian and as per her academics, she graduated from high school. Then she went to The University of Texas and passed out with a bachelor’s degree in Spanish and Business.

Regina Ting Chen’s first presentation was in 2013’s short video Burning Sky as Bartender 2. After this, she had brief role in SoniAni: Super Sonico the Animation (TV Series), The Furies (Short), The Song (Short), etc.

But her popularity is linked with TV series like Dreamsville, Watchmen, and Black Lightning. In them, she played the character of Alice, Crew Chief, and Chandler Tong respectively. She was also seen as Catherine Nakai in Queen of the South (2021).

Regina’s two projects One Hand Clapping and Violence of Action are under post-production. Some of her other acting credits are,

This Watchmen actress is keeping herself away from rumors and is also not surrounded by any desperate scandals.

Regarding Regina Ting Chen’s body features, her height is 5 ft 8 inches and her body weight is of normal size.