Reginae Reginae Carter is not having an affair with anyone presently. Carter is an actress and Instagram star 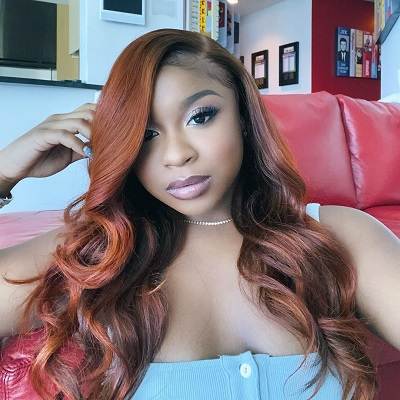 Reginae Carter shares on and off relationship with the rapper, YFN Lucci. The age difference between them has created quite a bit buzz in the media.

Currently, the actress is focusing on her acting career.

Her Instagram posts suggest that the actress loves her sister, Reign Ryan. Apart from that, she loves to be clicked perfectly.

Who is Reginae Carter?

American Reginae Carter is an actress and Instagram star. Carter is renowned as Nicole of the movie, Dear Santa, I Need a Date.

Reginae Carter was born on the 29th of November 1998 in Louisiana, United States.

Hef father, Lil’ Wayne is a composer. Also, her mother, Toya Johnson is an actress. They married on the 14th of February 2004. However, the marriage was ended on the 1st of January 2006 with a divorce.

Later, on the 18th of June 2011, her mother married to Mickey Wright and later got separated with a divorce.

She also has a half-sister, Reign Ryan Rushing.

The actress first appeared in front of the camera at the age of 11 for the documentary, The Carter. Later, she appeared in the TV shows, Growing Up Hip Hop: Atlanta and The Wendy Williams Show.

However, in 2019,  she officially debuted through the TV movies, Pride & Prejudice: Atlanta. Following that, she was cast in Dear Santa, I Need a Date as Nicole.

She is a black-eyed brunette. Her height is 5 feet and 5 inches and weighs around 58 kg.

Carter has always been appreciated for style and fashion. Also, she has been criticized for style. Once, her aunt, Tiny Harris commented on one of her photos stating that’s the new look of Nae, which happens to her nick with a mad face emoji. That statement created a buzz on Instagram.