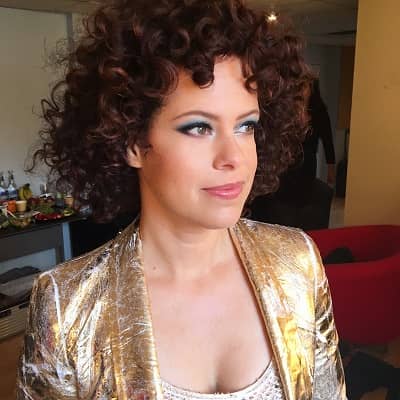 What is the relationship of Regine Chassagne?

Regine Chassagne is a married woman. She is married to Win Butler since August 2003. Her husband is a popular American-Canadian singer, songwriter, musician, and multi-instrumentalist who co-founded the band,’ Arcade Fire’.

The two met while Regine was singing jazz at an art opening at Concordia in 2000 and Butler persuaded her to join the band. They dated a few years before getting married. The wedding ceremony was kept private and attended by some close friends and their family members.

They together have a son, Edwin Farnham Butler IV who was born on April 21, 2013.

Who is Regine Chassagne?

Regine Chassagne is a Canadian singer-songwriter and musician. She is a popular member of the band,’ Arcade Fire’.

Chassagne is also famous as the wife of the co-founder of the band Win Butler.

Chassagne’s parents are of Haitian origin and fled Haiti in the 1960s during the dictatorship of François Duvalier. Referring to those times, she made a song “Haïti” which talks about her relatives who were killed during the Jérémie Vespers massacre.

She spent her childhood in St-Lambert, a suburb south of Montreal.

She is Canadian by nationality and Haitian by ethnic background.

Regine Chassagne: All about her Career

While singing jazz at an art opening at Concordia in 2000, Butler persuaded her to join his band. Since then, she’s built herself as a singer-songwriter and musician.

Chassagne has affiliated with band, Les Jongleurs de la Mandragore and with Jimmy Rouleau in the jazz duo Azúcar. She wrote the music for the two-minute David Uloth sketch “The Shine.”

All in all, she is a multitalented instrumentalist who plays numerous instruments, including accordion, drums, xylophone, hurdy-gurdy, keyboards, organ, and guitar.

There are no rumors and Controversy about Chassagne. However, her husband has been accused of sexual misconduct by multiple women.

Chassagne has a decent height of 5 feet 5 inches. Similarly, she has naturally black hair but she dyes her hair in different colors most of the time. She has charming dark brown eyes.

Regine is not active on any media platforms. She tends to keep a personal space.