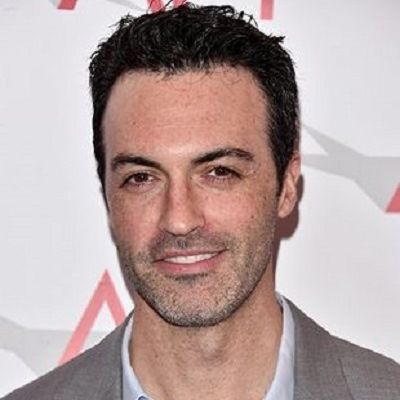 My personal style falls between casual cool and a meticulous slob. I'm most comfortable in jeans, but I love fashion.

The secret to my 5 o'clock shadow is a little device called the George Michael 3000 Custom Beard Trimmer and Personal Massager. Just kidding. I actually shave every morning, and thanks to my vast knowledge of Eastern philosophy and mysticism, I will my facial hair to grow to the exact same length each day. Dave Grohl taught me that one.

Obviously, when I first came to the land of blond-haired, blue-eyed surfer types, I was the sardonic, sarcastic, liquor-swilling, chain-smoking, dark-haired, dark-eyed guy from New York.

Reid Scott has been married twice.

He was married to Elizabeth Anne Petrazzolo in 2004. But the marriage didn’t last so they got separated in 2007.

Who is Reid Scott?

Reid Scott is an American actor, his most popular role on TV has been that of ‘Brendan ‘Brando’ Dorff’ in ‘My Boys,’ an original series on ‘TBS.’

Scott was born as Reid Scott Weiner on November 19, 1977, in Albany, New York, the United States. His father is Neil Weiner and his mother is Kathleen. He is of Ashkenazi Jewish- French-Canadian- Irish- English citizenship.

Reid had a prominent stutter in his childhood. His mother enrolled him in acting classes when he was in sixth grade to correct his stutter. That was when he discovered his vocation for acting.

Scott attended a boys’ military academy, where he participated in a variety of Shakespearean productions and the stage version of the film ‘Dead Poets Society.’ Reid later attended ‘Syracuse University.’

Scott started his TV career with the American period sitcom ‘That ’70s Show,’ in 2002 essaying the character ‘Ted’ in the episode ‘Over the Hills and Far Away.’ He also portrayed the character of ‘Andy Eaton/Brian’ in four episodes of the TV drama series ‘American Dreams.’

Reid appearing as ‘Hunter’ in an episode of the series ‘What I Like About You,’ titled ‘Girls Night Out’ 2003. He appeared as ‘Sam’ in the TV film ‘Revenge of the Middle-Aged Woman’ in 2004. Reid appeared as ‘Brendan ‘Brando’ Dorff’ in the series ‘My Boys,’ covering 49 episodes in 2006.

Reid appeared as ‘Seth Riggin’ in an episode of the series ‘CSI: NY,’ titled ‘Playing with Matches’ 2008. He appeared as ‘Johnny’ in the web series ‘Celebrities Anonymous,’ in 2009. He was also part of the movies ‘Amusement’ and ‘My Two Fans,’ appearing as ‘Dan’ and ‘Kyle’.

Reid portrayed the character ‘Liam’ in the comedy film ‘Under the Eiffel Tower,’ in 2018. He also appeared as ‘Dr. Dan Lewis’ in the American superhero film ‘Venom.

Moreover, he appeared in the series ‘Will & Grace,’ essaying the character ‘Marcus’ in the episode ‘Jack’s Big Gay Wedding.’ He also appeared as ‘Tom Campbell’ in the American comedy-drama film ‘Late Night.’

He won the ‘Screen Actors Guild Award’ for ‘Outstanding Performance by an Ensemble in a Comedy Series,’ along with the cast of ‘Veep,’ in 2018.

Also get to know more about Wes Brown, Chris Santos, and Hill Harper.