Bollywood Remake of Rambo in B-Town! Yes, You read that right.

Bollywood actor Tiger Shroff is all set to play the character in one of the iconic movies Rambo, originally played by Sylvester Stallone. Also, Sylvester motivated Tiger by wishing him luck!

Let’s find out more of the story.

Sylvester Stallone is very famous by the name Rambo after he played the role of it. The iconic film is surely a favorite amongst many action lovers. Today, a remake of the movie in India has been announced, and it stars none other than the action hero, Tiger Shroff.

Actor Tiger Shroff is living his fan moment, it seems. He has his reasons, too. After all, none other than action legend Sylvester Stallone has wished him luck for the Indian remake of the Hollywood action drama First Blood, which first introduced the character of John Rambo.

“I actually get excited in my heart whenever young artists get a rare opportunity to reach for the stars! Eye of the Tiger! I am sure he will put his heart and soul into it…”

Replying to the Hollywood star, an overwhelmed Tiger replied,

“Because you were there, we sort of exist, We are all just derivatives of you sir! There will always and only be ONE “eye of the tiger” for us cubs:raised_hands: you rule the jungle! Thank you so much, sir! #RAMBO #RamboRemake.”

Because you were there, we sort of exist, We are all just derivatives of you sir! There will always and only be ONE "eye of the tiger" for us cubs 🙌 you rule the jungle! Thank you so much sir! #RAMBO #RamboRemake Repost @officialslystallone: I actually get excited in my heart whenever young artists get an rare opportunity to reach for the stars! Eye of the Tiger! I am sure he will put his heart and soul into it…

The Hindi remake of Rambo, with Tiger in the lead, will be directed by Siddharth Anand.

The remake of the movie was announced at the ongoing 70th Cannes Film Festival. A poster of the film that Tiger shared recently went viral which shows Tiger in an angry rugged look in the backdrop of a hi-tech warzone.

Sid Anand told fans there would be none of the singing and dancing often associated with Bollywood however,

“I wouldn’t do that to Rambo. That’s like blasphemy.”

“Rambo is a global icon. He resonates in every part of the world, so it’s important to start our campaign at the Mecca of film-making.”

He said he was driven to remake the movie because of the strength of the character of the “true blue action hero with a heart”, immortalized by Stallone,

“It makes you think, and is about a situation that’s prevailing in India and is unique in that way.”

Stallone also posted a message on social media, saying Rambo was a “great character“, with the caption,

“Hope they don’t wreck it.”

I read recently they are remaking Rambo in India !! .. Great character.. hope they don't wreck it .

But he later sent a message to Shroff himself, wishing him the best of luck, the director Sid said,

Some people like to read into words and twist them.. good luck Tiger , go fight the good fight, keep punching ,oh , for the Record , I love it when young artists get an opportunity to go for their dreams!

“Those kinds of films aren’t really made anymore. So that made me excited to bring it to a young generation.”

You may like to read The Rocky and Rambo series Superstar Sylvester Stallone had a Successful career run, But what about his Relationship?

Sylvester Stallone is an American actor, filmmaker, and screenwriter. He is well known for his Hollywood action roles, including boxer Rocky Balboa, the title character of the Rocky series; soldier John Rambo; and Barney Ross in The Expendables films. He wrote or co-wrote most of the 14 films in all 3 franchises, and directed many of the films.- See more bio… 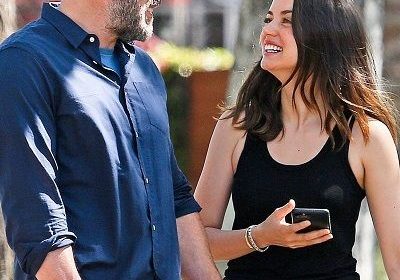