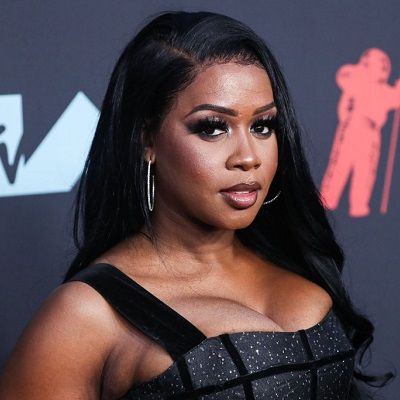 We have all these politicians that claim they're pro-life and that say women should not be able to get abortions and all this other stuff... there's nothing more pro-life than helping a woman who wants to have a child have a child. Then I realized that health insurance doesn't cover IVF

I took all my blessings for granted. The fact that God has given me another chance to do what I love to do, and still have my husband and my children and my sanity and good people in my corner, I'm gonna do it right this time and show that I appreciate it

Everything used to get under my skin, and now I'll just be like, 'That's life.' I'm so much more unbothered.

Rema Ma is married to Papoose (Shamele Mackie). Papoose is also rapper by profession. They married in February 2016.

Together, they welcomed their first child, Reminisce Mackenzie on the 14th of December 2018. Rema also has a child from her previous relationship.

Her husband, Papoose has three children from his previous relationship.

Prior to her marriage with Papoose, Remy dated rapper Juelz Santana from 2004 to 2005.

Who is Remy Ma?

All-American Remy Ma is an award-winning rapper. Remy is famous for her collaborations in hit songs such as  Ante Up, Lean Back, Conceited, and All the Way Up.

Moreover, she has been nominated for three Grammy awards and is one of the five female rappers to ever top the Billboard Hot 100 list.

Remy Ma was born Reminisce K. Smith on 30 May 1980, in South Bronx, The Bronx, New York City, New York, USA and belongs to the All-American ancestry.

Remy experienced first-hand the consequences and terrors inflicted by her family’s drug habits. In fact, she was the caretaker of her little brothers and sisters from a very small age.

Despite everything, she completed her education at Marymount Manhattan College, Upper East Side, New York, USA.

– 2006, released her first studio album There’s Something About Remy: Based on a True Story. During the time, she signed the rapper, Fat Joe under the record labels like SRC and Universal. She also joined the American Hip pop group, Terror Squad on the same days.

-2017, opened Women’s Clothing Store, Conceited in Raleigh. In the same year, she released the song, Wake Me Up with the rapper, Lil’ Kim.

-2018, released the album, 7 Winters and 6 Summers. The album features the vocal of Chris Brown. In the same year, she released the single, New Thang along with French Montana.

Currently, she is hosting the talk show, State of the Culture along with Joe Budden.

Remy has also met numerous TV appearances which include 2016- Inside the Label, 2017- Merry Mackie Holiday: Special, 2018- Queen of the South, Angela Rye’s Midterm Election, and Meet The Mackies.

Some of her album along with the year, recording label and US billboard ranking is-

She has an estimated net worth of $4 million US. Her earnings as a rapper are $67k US or more.

Her YouTube channel has an estimated earning of $99k US.

Remy has been in a constant feudal state (pun intended) with rappers, and especially so with Foxy Brown and Nicki Minaj.

-In late January 2005, she punched Foxy Brown while she was at Island Def Jam’s Universal Office and was severely reprimanded by media and fans.

-In 2007, Remy shot Makeeda Barnes-Joseph with a gun and turned herself over to the  New York City police.

Remy accused Makeda of stealing one thousand dollars from her. Later, police confirmed that Remy was indeed the shooter. She was charged with witness tampering and assault and was sentenced to 8 years in prison.

She was released from prison in 2015 approximately.

– She is the only member of the group Terror Squad.

-Her nickname is Remy.

-Due to her jail sentence, her wedding to Papoose was postponed.