Producer-singer Rene Angelil is married to 'My Heart Will Go On' singer Celine Dion.

Rene was happily married to Celine Dion. Dion is a famous Canadian singer best known for her technically skilled and powerful vocal. Their wedding was held on December 17, 1994, at Montreal’s Notre-Dame basilica.

On January 25, 2001, they were blessed with a son named Charles Angelil. Later on October 23, 2010, Dion gave birth to twin boys Eddy and Nelson Angelil.

Rene married his first wife Densye Duquette in 1966 and divorced in 1972. In 1968, Densye give birth to their son Patrick.

In 1974, he married singer Anne Renee and divorced in 1986. This couple had two children Jean Pierre and Anne Marie Angelil. 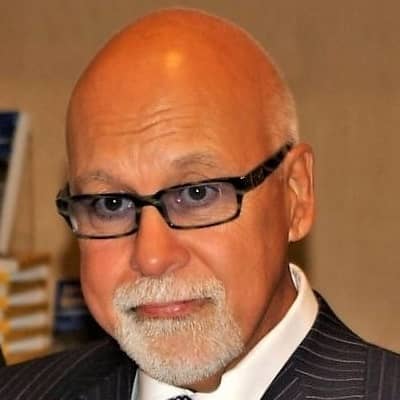 It's a thrill to see the birth of an artist. For an artist, there's nothing better than working with an orchestra. I saw Sinatra many times. I saw him at Caesars. I saw him at the Sands. When it's a live performance, anything can happen.

Who was Rene Angelil?

Rene Angelil was a Canadian musical producer, singer, and talent manager. He was famous for managing the famous singer Celine Dion (his wife).

Rene’s Cause of Death

Rene died on January 14, 2016, due to throat cancer. He was 73 years at the time of his death. In 1999, he was diagnosed with throat cancer but soon after treatment, he was recovered. He passed away at his house in Las Vegas, Nevada, U.S.

This producer was born on January 16, 1942, in Montreal, Quebec, Canada. He was the son of Joseph Angelil and Alica Sara. He had a brother Andre. Andre is one year younger than him.

In 1960, Rene formed a pop-rock group named “Les Baronets” with his childhood friends. They were hit in the 1960s after translating of English-Language pop hits from the United States and the United Kingdom.

His hit pop music after translating to the English language is C’est fou, Mais c’est tout”(1964). In 1972 his group was dissolute. After that, he started to manage artists. He successfully managed many pop stars including Rene Simard and Ginette Reno. He was considered as a potential producer.

Until 2014, he worked as a manager of Celina Dion, with whom later he had affair and got married.

In 1987, he was honored by Felix Award as a manager of the year. He was awarded by the national Order of Quebec in June 2009. Likewise, In 2013 he was awarded the Order of Canada.

In February 2016 he was honored by Grammy Award as a Memoriam tribute.

He was a very successful talent manager and musical producer. His net worth is around $400 million. His salary is not mentioned. However, the average salary of a talent manager is $75,857 USD.

He had a million dollars mansion in Canada.

Rene had black eyes and he had gray color hair. His height was 5 feet 8 inches and weighs around 84 kg.

Similarly, his body measurement is unknown.

In 2007, Angelil was accused of sexual assault by Yun Kyeong Kwon Sung. The incident was investigated by the police. Rene paid $2 million to settle the case.

Later, Yun and her husband claimed that they faked the incident for money.

In 2007, he reportedly gambled for a week with more than $1 million.

Celine Dion, wife of René Angélil said she can’t share herself with any one else after her husband’s death. Read the infinite and tragic love for her husband…