Updated On November 25, 2022 | Published By: Daniel Miranda
Share this
Married 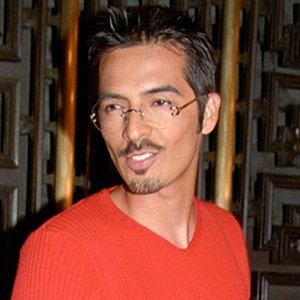 What is the relationship of Rene Elizondo?

Rene Elizondo has been married twice in his life. His first wife was the famous American pop singer Janet Jackson.

The couple met in the mid-1980s while he was a backup dancer to Janet’s older sister Latoya Jackson. Elizondo and Jackson married secretly in 1991.

The couple was married for nine years. Their relationship came to an end with a divorce in the year 2000.

After that, he began dating Britt Coelho. After years of their affair, they got married in August 2010, in a small beach ceremony.

The couple had a daughter on October 9, 2011. He has not revealed the name of his daughter to the media and the public.

The couple has been married for over six years now and their relationship is still going very well.

Who is Rene Elizondo?

Rene Elizondo is a Mexican-American dancer, songwriter, and music video director.  He has collaborated with Janet Jackson on several music videos.

He is best known for directing the videos “That’s the Way Love Goes“, “Again“, and “Together Again“. Elizondo is also popular for being the ex-husband of American pop star Janet Jackson.

What are the birth facts of Rene Elizondo?

Rene was born on July 16, 1962, in Durango, Mexico. His nationality is Mexican-American and he is of Mexican ethnicity.

After spending his childhood in Mexico, he later moved to the United States to pursue his career as a songwriter and music video director.

Rene was a backup dancer to Janet Jackson’s older sister Latoya Jackson in the mid-1980s.

During that time, he directed several videos for Jackson including “That’s the Way Love Goes“, “Again“, and “Together Again” (Deeper Remix).

René also appeared in Jackson’s “Come Back to Me” video in 1990 from her album Rhythm Nation. He was also the songwriter of Janet’s 1997 album The Velvet Rope.

Rene was heavily involved in Jackson’s business affairs. He has been a successful songwriter and music video director in his career.

Rene Elizondo: Salary and Net Worth

Throughout his successful career, he has accumulated a net worth of 9 million dollars as of 2022, but his salary is not revealed yet.

What are the body measurements of Rene Elizondo?

Rene has dark brown hair. Besides these, his eye color is also dark brown.

He has not revealed information about his body weight and height. Also, there are no details on his body measurement.

Also get to know more about the birth facts, education, career, net worth, rumors, height, and social media of different personalities like Solange Knowles, Hayley Kiyoko, and Marilyn Manson.

Renowned singer Janet Jackson’s third ongoing divorce, her court appearance with her husband and her post-pregnancy weight loss: Know all that here!