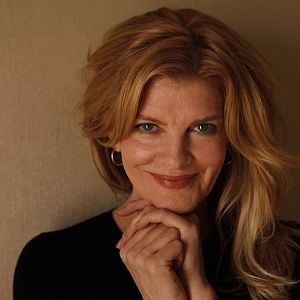 Beauty and youth can stay inside, but it doesn't outside

I don't know much about sports

Rene Russo is married to Daniel Christopher Gilroy simply known as Dan Gilroy. Dan is a Screenwriter and director. He won the best screenwriter award for his movie Night Crawler which he directed as well. The couple got married to each other on March 14, 1992. They have a daughter Rose who was born on August 31st, 1993. They live a happily married life together at their Californian Residence at Brentwood.

Who is Rene Russo?

Rene Russo is an American actress, model, and producer from Burbank, California. Rene appeared as a model on the cover page of several fashion magazines including Vogue and Cosmopolitan during 70’s. She then debuted as an actress in 1989 in the movie Major League. During 90’s she appeared on a number of action-thriller movies like Mr. Destiny (1990), One Good Cop (1991), Lethal Weapon 3 (1992), In The Line of Fire (1993), Outbreak (1995), and others. In 2005 she starred in the family comedy Yours, Mine and Ours. Her latest released movie is Just Getting Started which was released on December 2017.

Rene Marie Russo was born on February 17, 1954, in Burbank, California. She is the daughter of Nino Russo and Shirley Russo. Shirley was a factory worker and barmaids while Nino was a sculptor and a car mechanic. Her father left the family while Rene was just two. She has a sister named Toni. Russo belonged to a mixed ancestry of Italian, German and English. She dropped her school at the 10th grade and worked part-time jobs to help her family.

Due to the unstable economy of her family, Rene left her studies while she was in the 10th grade. She studied at Burroughs High School. She never continued her education further but rather chose to work different part-time jobs to help her family.

Rene started to work part-time jobs like working in a factory or as a cashier until 1972 when she was spotted by an agent for International Creative Mangement John Crosby who encouraged her to model. She was signed by the Ford Modelling Agency. Rene was one of the top models during the 70’s and 80’s and appeared in various fashion magazines like Vogue, Mademoiselle, Cosmopolitan, etc. She also appeared on commercials of cosmetics and perfumes.

Her acting career began in the short-lived ABC series called Sable in 1987. Then she appeared on 1989 comedy Major League opposite Tom Berenger and made her on the big screen. She starred in movies like Mr. Destiny, One Good Cop, Lethal Weapon 3, In the Line of Fire, Outbreak numerous other box office hits. Other movies include Big Trouble opposite Tim Allen, Two for Money with Al Pacino and Matthew McConaughey, Yours, Mine and Ours, Thor: The Dark World, Just Getting Started co-starring with Morgan Freeman and Tommy Lee Jones, and many more. Her critically acclaimed movie Night Crawler was directed by her husband Dan Gilroy. She was highly appreciated for her performance in the movie among critics and film fanatics.

She now lives in Brentwood, California in her residence with her husband Dan Gilroy who is a Screenwriter and Director. Rene continues to amaze her fans and followers with her beautiful acting. She will be appearing in movies in the coming days too.

Though Rene has not won any awards to date, her performance in the movie Night Crawler which is directed by her husband Dan Gilroy is critically acclaimed and praised by film fanatics and critics. Most of her movies are a hit at the box office and that is what matters most in the end.

Rene Russo: Salary and Net Worth

The net worth of Rene Russo is 40 million dollars. Her salary usually depends on the movies she plays and varies from movies to movies and remains unknown.

There are not any rumors or controversy regarding Rene Russo so far apart from her onscreen romance with Kevin Costner in the movie Tin Cup (1996) as she openly agreed that Kevin was a good kisser! She also often comes into media for her bipolar disorder.

Rene is five foot and eight inches tall. She weighs 61 kilos. She has an hourglass-shaped body with 36-24-36 stats. Her dress size is six and her shoe size is 8.5. She has blonde hair and her eyes are hazel color. She comes from a mixed ancestry of Italian, German and English origin.