Updated On January 29, 2023 | Published By: Jasmine
Share this
Divorce 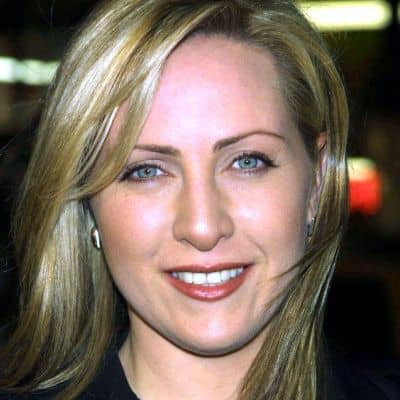 Is Renee dating anyone?

Renee is straight and currently, she is single and not dating anyone. She is of an introverted personality and hasn’t talked about any details regarding her present relationship. Furthermore, she is happy with her present single life.

Previously she was married to her long-term boyfriend Jason Thomas Federico, a popular and professional Golfer. The couple first meet at California Culinary Academy and started dating each other.

On October 11, 1997, they got married at the Church of Our Lady of the Scapular-St. Stephen is in New York but their marriage doesn’t last forever. After fourteen years the couple divorced in 2011 and the reason why they divorced hasn’t been disclosed by them yet. They haven’t any children together.

Who is Renee Estevez?

Likewise, She is known for playing the role of Betty in the 1989 cult classic, Heathers, and NBC’s The West Wing.

Besides this, she is blessed with three siblings Charlie Sheen, Emilio Estevez, and Ramon Esteves. All of them are very famous and successful actors.

Similarly, She holds a Galician Spanish, Irish, English, and Scottish ethnicity with American nationality. According to astrologers, his zodiac sign is Aries.

The famous actress Renee graduated from the California Culinary Academy with a degree in culinary arts and later, she studied pastry and baking science.

Renee began her acting career in 1986, staring in an episode of CBS Special, and Babies Having Babies. In 1987, she also won the Michael London Award at the Young Artist Awards for her remarkable acting skills.

Additionally, In 1989, she portrayed the role of geeky Betty Finn in the movie Heather and has also played secondary roles in many movies including Shattered Spirits, Lethal Weapon, and others.

Renee is best known for her appearances in the TV series The West King, in which she plays Nancy, an assistant of President Josiah Bartlet in his Oval Office.

Furthermore, She had appeared with her brother Charlie Sheen in the drama film ‘Good Advice’ in 2001.

Estevez also played in the Spanish drama The Way’ (2010), which was written, directed, and produced by her brother starring their father martin sheen. She portrayed the role of the first victim Linda in the latter and the role of the girl Molly in the former film.

In 2012, she wrote several episodes of the TV series ‘Anger Management (2012), starring her brother Charlie Sheen. Since 2015, she has not acted.

Her primary sources of income come from her career as an actor, and screenwriter. Besides this, the information about her salary is not available.

Additionally, she lives a rich and lavish lifestyle throughout her earnings.

There are no Scandals and controversies about her. In fact, she hates to involve in such activities that destroy her reputation.

Also, she has managed a distance from any kind of rumors too.

Similarly, She has blue eyes with blonde hair.