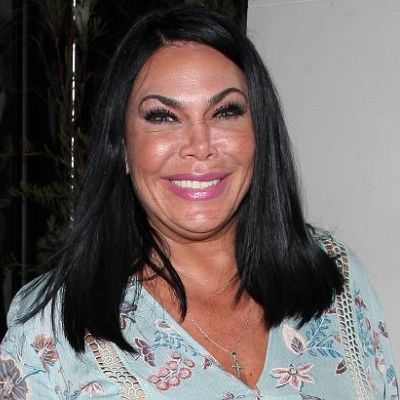 Do you know who I owe my loyalty to? To the people that I want to be loyal to. That's it.

Previously, she was married to a mobster Hector Pagan Jr. This couple together has a son AJ Pagan. After some years of marriage, Hector and Renee got divorced.

AJ is married to Andrea and they together have a son Anthony John Graziano, born on April 26, 2017.

Renee was also in a relationship with Joey Gambino.

Who is Renee Graziano?

Renee Graziano is an American reality star, actress, and author. She is popular as an actress for Mob Wives, Celebrity Big Brother, and The Playboy Morning Show.

This actress was born on July 12, 1968, on Staten Island, New York, the United States. She is a daughter of an American mobster Anthony Graziano (father) and Veronica (mother).

She has two sisters; Jennifer and Lana, and a brother. Her ethnicity is Italian.

There is no information about her family and education as she likes to keep her personal life far from the media. She is of Italian descent.

Renee Graziano has been active in television since 2010. She first appeared on a talk show The Playboy Morning Show. Graziano starred in the television reality series Mob Wives. This series ran from 2011 to 2016 for five years.

She appeared as a strong character in the sixth season of this show. Mob Wives was created and produced by her sister Jennifer.

Later, she appeared in the eighteen seasons of Celebrity Big Brother and managed to get to the finals. Renee took the third position on the final of the show and was the last American woman to receive 14.66% of the total votes. She also appeared on The Faction of a Hitman.

This author and her partner Joey featured in Marriage Boot Camp season seven in 2017. She has released a semi-autobiographical novel Playing With Fire. In 2014, Graziano released a cookbook How to Use a Meat Cleaver: Secrets and Recipes from a Mob Family’s Kitchen.

This actress was addicted to drugs and depression. She used to take drugs to comfort through a sexual assault from her abusive boyfriend when she was a teen.

The average salary of this reality TV star is estimated to be $65,000. Meanwhile, according to some sources, her estimated net worth in 2020 is $2 million.

Likely, she has her own online store MobCandyStore.

This author was rumored to date 24 years old rapper. She made a controversial comment about the producer Harvey Weinstein saying, he is nothing but a gentleman and she is not his supporter. She also told that Harvey acted inappropriately with others.