Renee Sloan is married to actor Scott Baio. They exchanged vows on 14 Sep 2007. They started to date in 2004 and their wedding took place on a rooftop in Los Angeles.

She was pregnant with twins before tying the knot. But unfortunately, they only welcomed one daughter in 2007 and named her Bailey while the other died during pregnancy.

Before getting married to Scott, Renee has a child Kalyn who was born in 1989. But her ex-husband’s identity is unknown. 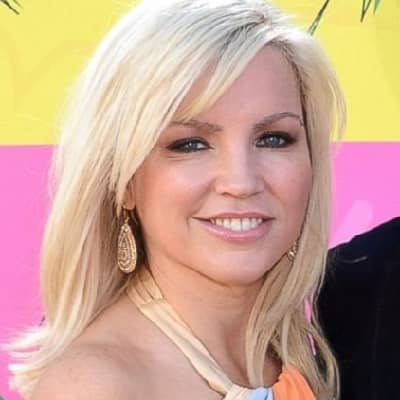 Who is Renee Sloan?

Renee Sloan is an American actress, TV star, and swimsuit model. She is popular for movies like Silk Stalkings, Nutbag, and Murder-Set-Pieces.

Furthermore, being the wife of renowned actor Scott Baio has also increased her fame.

This star was born as Peaches Renee Sloan on 24 Dec 1972, in Tennessee, the US. Her ancestry is Caucasian-Dutch. Her father William and her mother’s name is Beverly.

Moreover, she has an older sister named Kimberly Sloan, step-sister Brandy, and a step-brother Bryan. She has attended the London School of Economics and Political Science and got her MBA.

Renee Sloan’s popularity started when she was cast as a body double of Pamela Anderson in the hit show Baywatch (1989).

Her other appeared film is Murder-Set-Pieces. It was a horror movie and was released in 2004. Then she was seen in Nutbag in 2000. As a TV actress, Renee appeared in Scott Baio Is 45… And Single (2007) and The Girls Next Door.

This star is doing great in her life and is not surrounded by any scandals or rumors. But her husband had to suffer a sexual misconduct allegation. This was made by Nicole Eggert in Jan 2018.

As of 2022, this star has an estimated net worth is $3 million US and owns Whipped Couture, Bel-Air Bling, and Sloan’s Stones. However, her salary and other earnings are not published.

Moreover, her spouse Scott’s net worth is around $4 million.

Talking about Renee Sloan’s body features, she has blue eyes and blonde hair. Additionally, she has an average body length of 5 ft 3 inches and a body mass of 56kg.

You may also like to read about Wendy Osefo, Jackie James, and Trinity Marie.