Retta might be possibly single. She seems to be a very secretive person as she prefers not to share her personal details. There is no exact information regarding her love affairs.

On Wait Wait… Don’t Tell Me!, she said that she dated a man from Georgia who nicknamed her Retta. 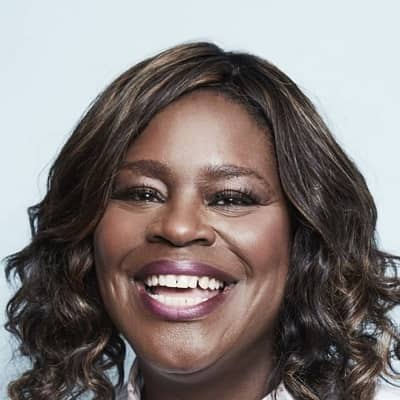 Retta is a stand-up comedian and actress from the United States. She is best known for her roles as Donna Meagle on Parks and Recreation and Ruby Hill on Good Girls, both on NBC.

She has appeared in a number of films and television shows, as well as on Comedy Central’s Premium Blend.

Retta was born on April 12, 1970, in New Jersey. Her birth name is Marietta Sangai Sirleaf. Talking about her nationality, she holds an American identity. As of now, she is 52years old. She is of Liberian ancestry. She grew up in New Jersey, specifically in the towns of Edison and Cliffwood Beach.

Retta worked as a chemist after graduating from Duke. In her free time, she performed stand-up comedy at Raleigh’s Charlie Goodnights Comedy Club. She eventually relocated to Los Angeles in order to pursue a career in comedy. Retta began doing standup comedy in 1996.

She has been on Bravo’s Welcome to the Parker, E! Entertainment Television’s The Soup, Freddie, Moesha, It’s Always Sunny in Philadelphia, the “Comedy Divas Showcase” section of The Jenny Jones Show, and the “Comedy Divas Showcase” segment of The Jenny Jones Show. Retta has appeared on Comedy Central’s Premium Blend, a show that features up-and-coming comedians.

She competed as a contestant on Hollywood Game Night in 2014, alongside Paget Brewster, Michael Chiklis, Mario Lopez, Thomas Lennon, and Alyssa Milano.

Retta was one of the audiobook narrators for Welcome to Night Vale, a novel that is a tie-in to the eponymous podcast series, in which she plays Old Woman Josie. She starred in season 2 of Bravo’s Girlfriends’ Guide to Divorce the same year.

Retta published a collection of essays titled So Close to Being the Sh*t, Y’all Don’t Even Know in 2018. She inked a talent holding agreement with NBCUniversal in 2022.

Marietta has an estimated net worth of $ 3 million, while her salary, income, and earnings are not disclosed yet.

Her job as a comedian and actress provides her with most of her income.

Marietta has maintained a clean image to the public as she appears to be avoiding unwanted scandals and rumors.

She has maintained a distance between her professional and personal life.

Retta has an average height of 5 feet and 6inch and weighs approx 110kgs.

Moreover, she has a dark skin tone with light brown hair and a pair of Black eyes.

Retta is actively active on social networking sites. She has accumulated over 737k followers on her Instagram account under the username @unforettable. Similarly, she is active on Twitter with more than 824k followers.

More than 80k people have followed her on Facebook.

Everything to know about rapper Omeretta the Great!