Handsome Rev. Run is a rapper, producer, and disc jockey who hails from America. He is the father of six children.

Talking about his personal life, he is currently married to Justine Jones on June 25, 1994. After marrying happily, he was blessed with three children Daniel Simmons II, Russell Simmons II, and Victoria Anne Simmons. Unfortunately, her young daughter took her last breath shortly after her birth due to complications from omphalocele. Later on, they generously adopted a baby girl called Miley Justine Simmons.

Prior to this relationship, he was married to Valerie Vaughn in 1983. Eventually, they gave birth to three beautiful children named Vanessa, Angela and Joseph “Jojo” Jr. Unfortunately, they separated in an undisclosed date. As of now, he is enjoying a good time with his wife. Astoundingly, the couple held each other for 22 years and still going strong. They are an inspiration to lots of young lovebirds all around the world.

Their relationship is a true example of unconditional true love which is so hard to find these days. Moreover, he seems to be a very loyal and dedicated person as there is no any affairs, rumors and controversy regarding his personal life. Apparently, he has a very good relationship with his family and is going very strong till date. 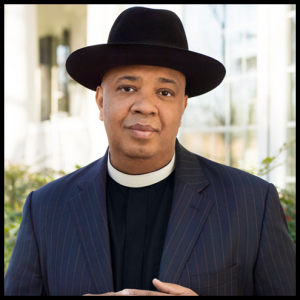 Many people have low self esteem because they are not satisfied with the person that God has made them to be. Rejoice! You're not surviving so much for your love of God but Gods Love for you! Cherish family &

friends...The best things in life are NOT things.

Rev. Run is a rapper, producer, and disc jockey who hails from America. He gained a lot of popularity and attention as a founder of the popular hip-hop group Run–D.M.C.

Moreover, he also got attention for his appearance in the TV series Run’s House along with her daughter Angela Simmons. Currently, he is an ordained minister.

He was born to Joseph Ward Simmons as his father and Evelyn Simmons as his mother on November 14, 1964, in Queens, New York, the U.S. He spent his childhood in the same place he was born. He grew up with his brothers, Danny Simmons, and Russell Simmons. His father was a supervisor and later a professor in the borough’s school system. He developed a keen interest in music from a very young age.

In the same way, the way he has displayed his talents and aptitudes, there is no denying that he had amazing education facilities to nurture, develop and guide his talents in the right direction. It sure did help him to achieve what he always wanted to and dreamed of. However, there is no information regarding his education and qualifications in detail.

He initiated his career serving as a lead vocalist in the hip-hop group, The Force. After, gaining enough experience and adding his charismatic talents, he founded the band Run D.M.C. and was the lead vocalist for the band. As a result, he started as a featuring artist with the band Liberty X in a single, Song 4 Lovers.

Later on, he released his first debut album Distortion which became a major hit. As a result, it got into nomination for a Grammy Award with a platinum record. After that, he became a household name in 2005 for appearing in the MTV reality show, Run’s House, along with his family.  Moreover, he worked with his to launch a non-profit organization, KaBOOM.

Moreover, he released his book called Take Back Your Family. In his career, he worked with famous stars such as Kid Rock, Sean Combs, Aerosmith, Russell Simmons, and Diggy Simmons to create hit music one after another.

The exceptional and jaw-dropping talents he displayed in his career inevitably amassed him a lot of fame and popularity. In the same way, over the years, he has generated a lot of income from displaying his charismatic talents which surely has skyrocketed his net worth. Thus, he is worth $60 Million as of 2022.

During his entire career, he always maintained top-notch tech professionalism over his work. His work was always admirable, and his hard work reflected in how well he did in his career. He always maintains a decent and admirable image in his entire career without attracting any rumors and controversy. Instead of attracting unwanted attention, he made everyone believe that he has no interest in becoming a controversial figure.

He has a well-maintained body structure with a decent height of 5 feet 8 inches (1.72m) matching his body. At one time, he suffered from complications caused by diabetes. In order to tackle with risks of diabetes, he lost more than 48 pounds in 2012 and maintained a healthy lifestyle. He has black hair color and his eye color is also black.

The alleged murderer of Angela Simmons’ ex-fiance Sutton Tennyson surrenders to the police and states that he is innocent!