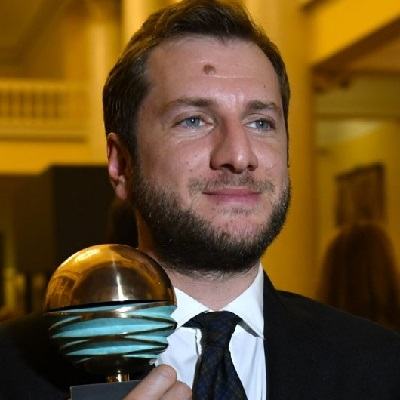 Previously, he was married to Nadezhda Mikhalkova. His ex-wife, Nadezhda is a Russian actress. The couple married on 29th October 2011. After seven years of marriage, they got separated via divorce on 23rd October 2017.

Prior to that, he was married to the actress, Anastasia Kochetkova. They married in 2005 and got separated after four years in 2009. From this wedding, he has a daughter, Maria Gigineishvili.

Georgia born Russian Rezo Gigineishvili is a Best Director Award-winning director, producer, and writer. He is renowned as the director of Zalozhnikii, Without Men, and Heat.

Last, in 2019, he directed and produced the movie, Sober Driver.

Rezo Gigineishvili was born in 1982 in the Capital of Georgia, Tbilisi. He is of Caucasian ethnicity.

He is a son of Irina Tsikoridze (mother), and David Gigineishvili (father). As per some of the sources, his dad was against his career choices.

Moving toward his academics, he is an alumna of Gerasimov Institute of Cinematography in Moscow, Russia. During his university day, he has already worked as the second unit director for the box office hit movies including The 9th Company (2005) and The Inhabited Island (2007).

– In 2006, Rezo Gigineishvili made his acting debut with the movie, Heat. The teen romantic comedy movie is based on Walking the Streets of Moscow. The movie happens to the most expensive movie of the year with a budget of $5.55 million. The movie had a box office collection of $15.7 million in Russia.

– In 2010, he produced the TV series, Tuman and the TV movie, Kapitany. The following year, he directed the movie, Without Men. He was also associated with the movie project as a producer.

– After that, he directed the movies like Lyubov s aktsentom and Bez Granits.

– In 2017, he directed the movie, Hostages based on the true story of a Georgian terrorist group who were attempting to hijack a plane in 1983. Also, he happens to be the producer and co-writer of the movie. The movie was also featured at 67th Berlin International Film Festival.

– Last, in 2019, he produced, directed, and wrote for the movie, Sober Driver. The year, he also produced that movie, How I Became Russian.

Besides that, he also makes through his production work. Apart from that, his earnings as a writer $28k – $96k.

Rezo Gigineishvili has blue eyes with brunette hair. He stands at a height of 5 feet 6 inches and has a decent weight.

Back in 2017, there were rumors that he is going to separate from his former wife. However, such rumors were turned down by both of them when they appeared on the red carpet together.

Despite that, the couple got separated from each other via divorce in the same year.