Rhea Durham walked in the 2000 and 2001 Victoria's Secret Fashion Show. She is a mother of four.

Rhea Durham was rumored to be having an affair with her recruiting model agency’s owner, Ward-Cottrell. Since 2001, she was in a relationship with the actor, Mark Wahlberg whom she met at a New York press junket. Their first date was in a Church.

She had 3 children with him before she converted to the Catholic faith for him and married him in 2009 in a private function at Good Shepherd Catholic Church at Beverly Hills.

She likes to be surrounded by family and kids. She and her husband make a gorgeous couple and have a good mutual understanding. In late 2016, the couple had a fantastic vacation in Barbados. 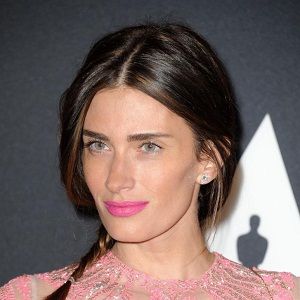 Who is Rhea Durham?

Rhea Durham is an American fashion model. Rhea Durham has been the cover girl for prominent fashion magazines such as French Vogue, British and American ELLE, and Marie Claire.

She has also walked the ramp in many famous fashion shows.

Rhea Durham was born on 1st July 1978, in Lakeland, Florida, USA. His nationality is American and his ethnicity is unknown.

He was born a Protestant in a middle-class family. Her parents were with moderate earnings.

She is the elder of 3 siblings and has a younger brother and sister. She is a good elder sister to them and put them into a private school with her earned money.

She studied at Lakeland Senior High School. She commenced fashion jobs early and hence had to leave her studies in between. But she managed to complete her high school diploma later by correspondence course.

At 15 years of age, she was noticed at a Lakeland mall by Model Scout, a modeling agency. She won a $ 100000 modeling contract and traveled to New York and Paris.

More ads and fashion shows started coming her way and she was signed up for runways by eminent and big fashion designers of Milan and Paris.

By 1996, she had her hands full with work. She always did justice to her assignments. She has been on the cover page of many renowned fashion magazines.

Her yearly earnings are exorbitant and she has collected a huge sum of money from her career. As of 2022, her net worth as per the sources is around $20 million. Besides, her husband has a net worth of $ 150-200 million.

Ward-Cottrell, the owner of the Model Scout model agency was rumored to be her boyfriend. It was also once said that her husband gets upset even when Rhea spends $ 500. Rhea Durham had sparked some controversies with her online comments on works of the likes of Justin Bieber, and Harry Style.

She also hit hard at Este Lauder for their choice of a new face in Kendall Jenner, Kim Kardashian’s half-sister. She also criticized People Magazine for choosing Chris Hemsworth as the sexiest man in the year 2014. Her boldness in putting forth her thoughts on social media has been the issue of criticism of her lately.