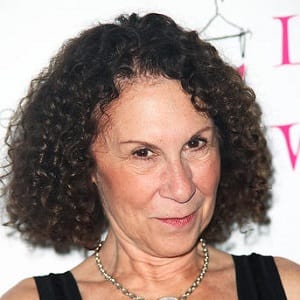 When I was a kid, I loved having a book in my hand. I still do. I wasn't a fast reader, but I was a steady reader. I read all of The Bobbsey Twins, Nancy Drew, and Cherry Ames books.

No child should be raised in a system. A system isn't a parent. Even the system knows this, which is why the Children and Family Services Division puts so much effort into finding permanent homes for the kids who are never going to be reunited with their birth parents.

It can be a huge help to parents considering the adoption of an older child, when college is just a few years away, to know that there are post-adoption resources and specific financial assistance opportunities available to them.

We live a pretty real life within our Hollywood selves. I'm not working 24 hours a day, 365 days a year, by any means.

Kids who enter 'adulthood' without any strong attachments to people who know and care about them have a rough road ahead, to say the least.

Rhea Perlman is a married woman. She is married to American actor Danny DeVito. The pair met on January 17, 1971, and later moved in together. They married on January 28, 1982. The couple has three children together: Lucy Chet DeVito, Grace Fan DeVito, and Jacob Daniel DeVito. After separating in October 2012, the pair reconciled in March 2013. However, they later separated again for a second time in March 2017. It was again reported in ate March 2018 that the pair were planning on renewing their wedding vows.

Who is Rhea Perlman?

Rhea Perlman is an American actress and author. People mostly know her for her role as head-waitress Carla Tortelli on the sitcom ‘Cheers.’ Additionally, she has appeared in several other movies and television series to date including ‘The Mindy Project’, ‘Me and My Grandma’, and ‘I’ll See You in My Dreams’ among others.

Perlman was born in Coney Island, New York City, New York as Rhea Jo Perlman on March 31, 1948. She was born to parents Philip Perlman and Adele. Her mother worked as a bookkeeper and her father was a manager at a doll parts factory. Additionally, she has a sister named Heide, who is a television writer and story editor.

Rhea is of American nationality. Furthermore, she belongs to the mixed ethnic background of Jewish and Russian.

Talking about her education, Perlman attended Hunter College in New York where she studied drama. In addition, she has a Bachelor of Arts degree.

Perlman initially started her acting career with a minor role as an attendant in the off-Broadway play ‘Dracula Sabbat.’ In 1972, she appeared in the short film ‘Hot Dogs for Gauguin.’ She had the role of Jean in ‘Stalk the Wild Child’, and she played Rae Finer in the TV movie ‘I Want to Keep My Baby!’ Additionally, in 1977, Rhea had roles in ‘Mary Jane Harper Cried Last Night’, ‘’ Having Babies II’ and ‘Intimate Strangers.’ Since then, she has appeared in several other movies and television series. All in all, she has over 100 credits as an actress.

Some other movies and television series that Perlman has appeared in include ‘Saving Flora’, ‘Shooter’, ‘Half Magic’, ‘Tim and Eric’s Bedtime Stories’, ‘Lemon’, ‘Brooklyn Nine-Nine’, ‘Mom’, ‘The Neighbors’, ‘Kirstie’, ‘The Manzanis’, ‘Hot in Cleveland’, ‘The Sessions’, ‘Oliver’s Ghost’, ‘Hung’, ‘The Christmas Choir’, ‘Law & Order: Special Victims Unit’, ‘Love Comes Lately’, ‘Crumbs’, ‘10 Items or Less’, ‘Other People’s Business’, ‘Frasier’, ‘Kate Brasher’, ‘How to Marry a Billionaire: A Christmas Tale’, ‘A Tale of Two Bunnies’, ‘Mad About You’, and ‘Union Square’ among others. Furthermore, Rhea also has 3 credits as a producer and 2 credits as a writer. She is also the author of the illustrated children’s book series ‘Otto Undercover.’

Perlman has garnered six Golden Globe nominations. Additionally, she has won the Primetime Emmy Award four times. In addition, she has also won the American Comedy Award and Q Award. All in all, she has 7 wins and 18 nominations to her name for various awards.

Perlman has not revealed her current salary. However, she has an estimated net worth of around $ 50 million at present.

Perlman’s relationship with Danny has made the news numerous time over the years. Although the pair has not officially separated through a divorce, their relationship has not been stable. At present, there are several rumors which suggest that Rhea and Danny are back together.

Talking about her body measurement, Perlman has a height of 5 feet (1.52 m). Additionally, she weighs around 54 kg. She has a body measurement of 35-24-36 inches. Furthermore, her hair color and eye color is dark brown.