Who is Rhiannon Fish Dating?

In 2016, the duo met on the sets of the drama, ‘The 100.’ She publicly confirmed her relationship, with Richard Harmon, by posting each other’s pictures with the caption, ‘The most magical evening with this above-average man’ on June 25, 2019.

Last time, on October 30, 2021, the actress shared a picture including, Harmon. They frequently shared their videos on their Instagram stories too.

Based on all of the available information, it seems like Fish and Harmon are enjoying each other’s company. 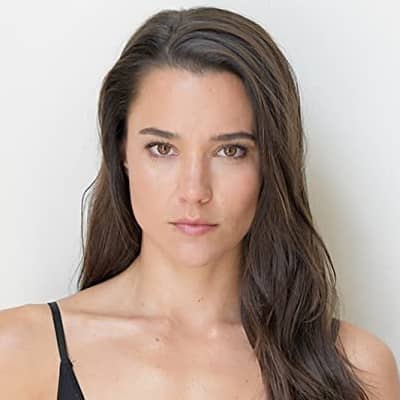 Who is Rhiannon Fish?

Rhiannon Fish is a Canada-America based actress.

Rhiannon Fish was born in Calgary, Alberta, Canada on 14 March 1991. Fish is 31 years old as of 2022 and holds Canadian nationality.

She possesses European ethnicity and Pisces is her birth zodiac sign according to the astrological chart. Rhiannon Marie Fish is her full birth name.

Though the details of her parents are not disclosed, her father moved to Russia for work when she was 12. She has a sister named, Corinne who died in July of 2014.

Heading towards her educational life, she went to Camberwell Girls Grammar school and in 2008 she graduated from the Children’s Performing Company of Australia.

Rhiannon Fish debuted her television appearance at the age of seven by appearing as Lisa Jeffries in ‘Neighbours.’ From 2007 to 2009, she played Rocky in the interstitial program, ‘As the Bell Rings’ that aired on Disney Channel. Similarly, he made a guest appearance Australian drama series, ‘Satisfaction.’

In 2008, he played in the featuring film ‘Playing for Charlie.’ In 2010 she landed as April Scott in the Australian soap opera, ‘Home and Away.’ She was even enlisted in the Most Popular New Talent Logie Award in 2011.

Fish was featured in Mastin’s single, ‘Shout It Out’ in 2012. She joined the 13th series of ‘Dancing with the Stars’ and ended it by ranking second behind Consentino. From 2014 to 2020, he portrayed Ontari, in the American science fiction drama series, ‘The 100.’

Then, she starred alongside her former ‘Home and Away’ co-star Dan Ewing in the 2018 sci-fic action film, ‘Occupation.’ In 2021, she appeared in Hallmark’s television film, ‘Signed, Sealed, Delivered’ alongside Kristin Booth and Eric Mabius.

Her other television credits include, ‘Playing for Charlie’, ‘Shout It Out, ‘Occupation’, ‘You’re Bacon Me Crazy, ‘A Love to Remember, ‘The 27-Hour Day’, ‘Journey of My Heart’ and many more.

As an actor, Rhiannon Fish is able to amass a net worth of around 1.4 million USD  as of 2022. She has not disclosed the yearly/monthly amount she is charged.

This Canadian actress, Richard Harmon, is keeping himself away from rumors and controversies. Trent Harmon is able to well maintain a clean profile by balancing his professional as well as personal life.

Rhiannon Fish is 5 feet 3 inches tall and weighs around 51 Kg. Her body dimensions are 32-25-35 inches which means her bust size is 32 inches, waist size is 25 inches and hips size is 35 inches.

In addition, Fish has a couple of dark brown eyes and brown hair.

Rhiannon Fish is a social media personality with huge fan followings. She has an Instagram account under the username, @rhiannonmfish, where more than 303K followers.

Fish is also active on Twitter having around 118.9K followers. Moreover, there is also an official Facebook page under her name, enriched with a number of followers that might have been created by her fans.