Rhonda Tollefson is an American producer and celebrity spouse.

Rhonda Tollefson exchanged vows with Oded Fehr on 22 Dec 2000. However, their wedding details are unknown but they met each other in Los Angeles.

Together this couple is blessed with three children. Their son Atticus was born in 2003, then they welcomed their daughters named Finley (b. 2006) and Azelie. 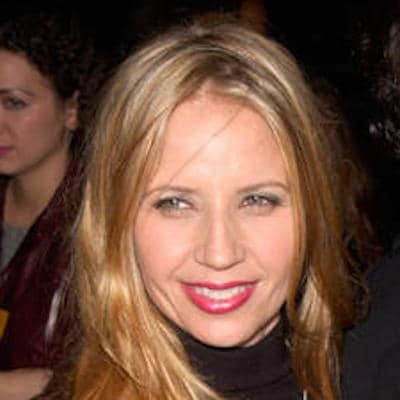 Who is Rhonda Tollefson?

Rhonda Tollefson is an American producer and celebrity spouse. She produced projects like Finding Forrester (2000), Entrapment (1999), and Just Cause (1995).

But she is mostly popular for walking the aisle with Oded Fehr who is an actor.

Her birth year is 1963 and she was born in the United States but her full birthdate is unknown. The identity of her mother and her father is hidden from the media.

Rhonda’s ancestry is Caucasian and her academics details are not made public.

Rhonda Tollefson as a producer has produced several projects. Her first produced project was a movie titled Just Cause in 1995.

Following this, she further produced Entrapment in the year 1999. Her 2000’s project Finding Forrester has made her more notable in the industry.

Moreover, Rhonda was thanked for her work in Sean Connery Close Up (Video documentary) and she was seen in an episode of an HBO First Look in 1999.

According to the data of 2021, she has a net worth of around $500k US. The annual salary of her is unable to track.

On the other hand, her spouse Oded has assets worth $3 million.

This celebrity’s wife is keeping herself away from rumors and desperate scandals.

Rhonda Tollefson’s height and body weight are of average size. In addition, she has brown eyes and has hair in light brown color too.